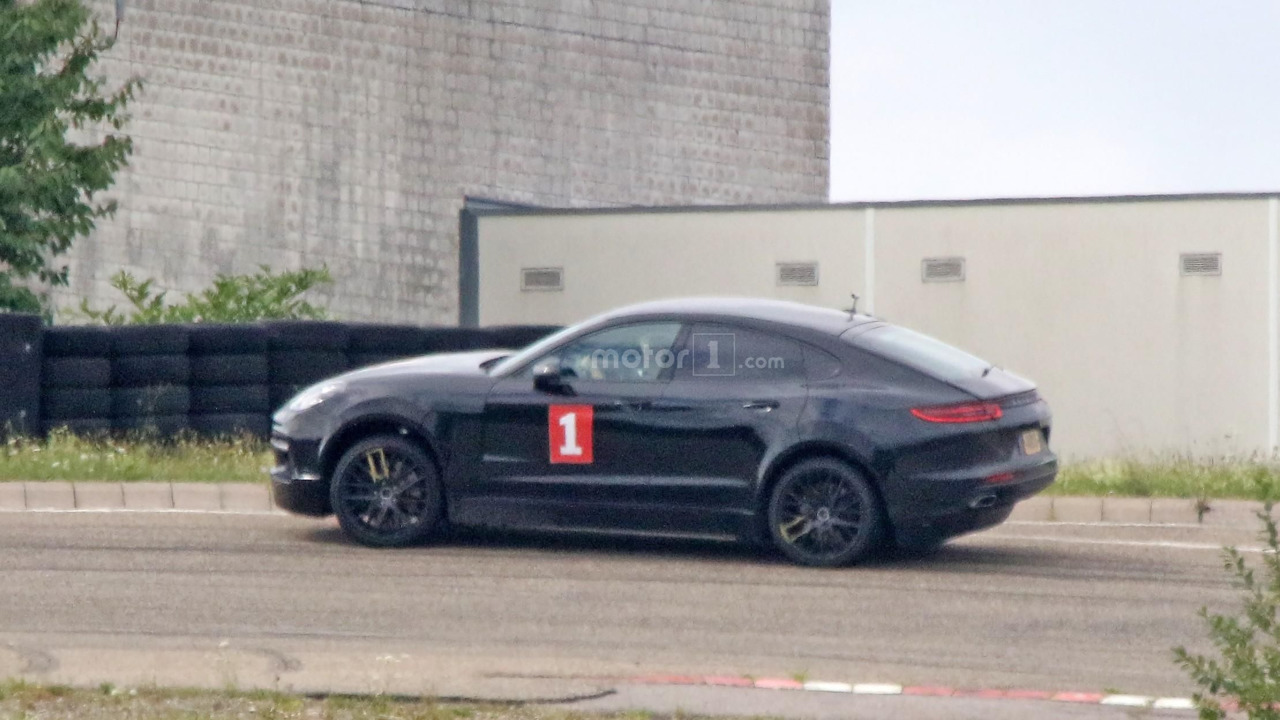 New details suggest Porsche’s recently spied SUV test mule has some very intriguing tech underneath the skin. According to a company insider speaking to Car, the odd-looking vehicle, which has a high-riding Panamera as a body, is for testing a fully electric SUV. The source says the EV doesn’t have a green light for production yet, but Porsche’s engineers clearly see enough viability in the project for these real-world evaluations.

Watch Porsche Cayenne 'Coupe' Get Stalked On A Rainy Day

Car claims Porsche’s EV crossover would share components with the production version of the Audi E-Tron Quattro concept, which begins production 2018. The show car uses three electric motors with a combined permanent output of 429 horsepower (320 kilowatts) and a peak of 496 hp (370 kW). The powertrain makes over 590 pound-feet (800 Newton-meters) of torque during overboost. The Audi also uses a lithium-ion battery from LG Chem and Samsung SDI with a European-test range over 311 miles (500 kilometers).

Since the electric SUV doesn’t yet have a thumbs-up for production, we can't be sure of a timeline for it hitting the road. However, the model would slide easily into Porsche’s future lineup. The company would have the Mission E as a competitor against the Tesla Model S and other electric luxury sedans. In addition, this crossover would challenge the Model X and future EV crossovers. The Cayenne's success already shows that people gobble up high-riding Porsches, and the same might hold true for an electric one.