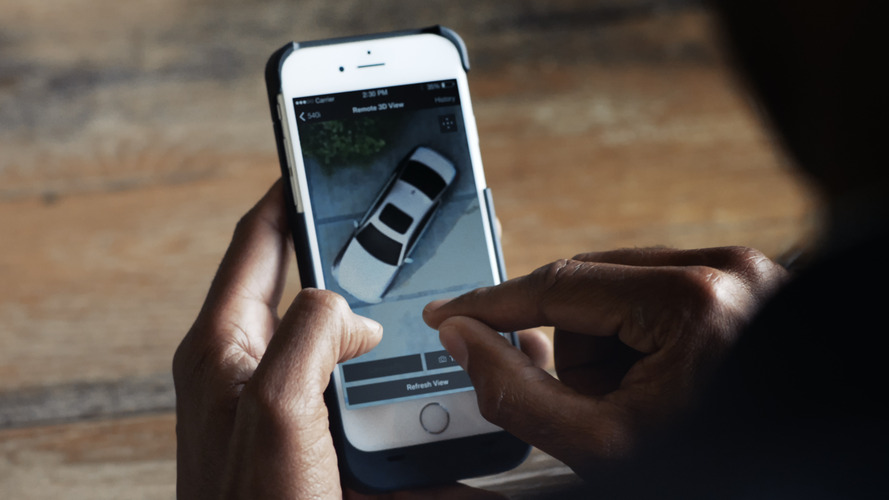 Teaser could show the 540i model.

We have been waiting for the all-new BMW 5 Series for a considerable amount of time, and while BMW isn’t ready just yet to show it all, at least it’s dropping a series of teasers to make the wait a bit more bearable. The latest shows one of the new technologies that will be offered on the midsize premium model. It’s called ‘Remote View 3D’ and it will allow the owner to check out the car’s surroundings remotely by using a smartphone app, representing a first for a BMW model.

Being a teaser, BMW is obviously blurring the car in the video below to hide its design, but at least we have an idea of what we are looking at. Judging by what we’re reading on the top-left corner of the iPhone screen in the top image, it appears the bird’s eye view of the next-gen 5 Series is showing the 540i model. It will serve as a replacement for the 535i, just like the 340i succeeded the 335i.

As far as the design is concerned, previous teasers and our multiple batches of spy images have shown the forthcoming 5 Series G30 will adopt an evolutionary design, much like the flagship 7 Series when it made the switch last year to the new generation. In a previous teaser published almost a month ago, BMW promised a boost in build quality thanks to sensor-packed robot arms creating a 3D image of the vehicle, allowing the Bavarian marque to detect even the smallest deviations and iron them out early in the stage.

The model’s reveal remains a mystery at this point, but BMWBLOG is reporting the new generation will break cover in October. That being said, it’s unclear whether the premiere will occur at the Paris Motor Show which kicks off at the beginning of the month, or after the event.

Meanwhile, expect more teasers to create more buzz prior to the 5 Series’ much-awaited debut in sedan guise, with the wagon (Touring) to arrive next year and followed by the oddball Gran Turismo.