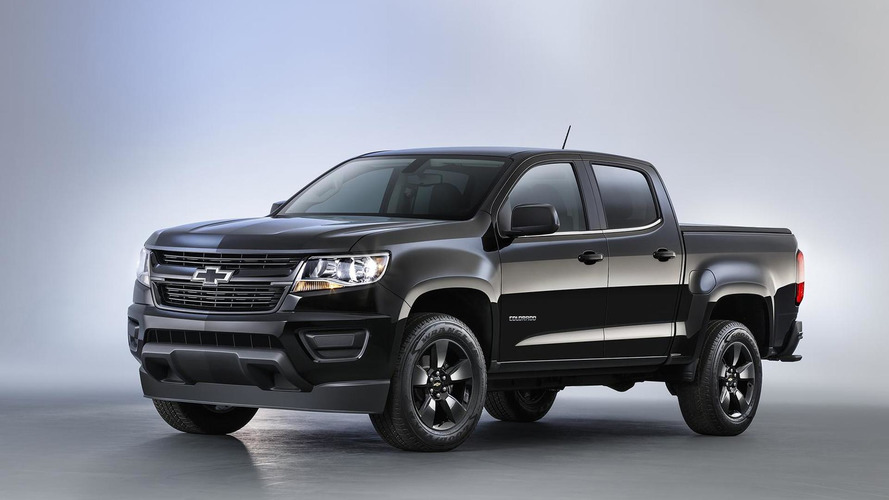 The midsize pickup segment continues to get better.

There are already plenty of good reasons to consider buying the Chevrolet Colorado midsize pickup, but the company is making two big upgrades for the 2017 model year that could attract even more customers. The truck will be available with a more powerful V6, and the engine will hook up to a new eight-speed automatic.

The V6 still displaces 3.6-liters but now outputs 308 horsepower (230 kilowatts) and 275 pound-feet (373 Newton-meters), versus 305 hp (227 kW) and 269 lb-ft (365 Nm) in the current form. The improvements come thanks to improved variable valve timing on the intake and exhaust sides, a retuned direct-injection setup, and cylinder deactivation, which lets the mill run as a four cylinder at times.

The eight-speed automatic should make the Colorado even better to drive, too. It has a numerically higher first gear that should help acceleration from a stop. A numerically lower rear axle ratio also improves fuel economy on the highway. Extensive use of aluminum and magnesium means the gearbox doesn’t weigh any more than the current six-speed transmission.

“Drivers will immediately notice that it pulls harder when accelerating from a stop or passing on the highway; it is more confident pulling a trailer up a steep grade and it is more refined cruising at a constant highway speed,” Stan Ludlow, Colorado chief engineer, said in the announcement.

The 2017 Colorado will arrive at dealers in the fourth quarter. Chevy doesn’t have any photos of the new model yet, so at the moment we don’t know if any styling tweaks accompany the powertrain upgrade.

DETROIT – For 2017, the Chevrolet Colorado offers an all-new V-6 engine and class-exclusive eight-speed automatic. It is the latest major update for Colorado, which entered the market for model year 2015. Chevrolet is on track to sell more than 160,000 Colorados in the first 24 months on the market, reigniting the midsize segment.

“Customers made the Colorado an overnight success and it remains one of the industry’s hottest-selling products,” said Anita Burke, Colorado chief engineer. “That fast success has justified our continued investment in midsize pickups, introducing new features for our customers such as the class-exclusive diesel engine, advanced technologies like Apple CarPlay and Android Auto and now a class-leading V-6 and eight-speed automatic powertrain combination.”

The most significant update for the 2017 Colorado is an all-new V-6 engine and eight-speed transmission, creating a combination that’s unmatched in the midsize segment.

According to Stan Ludlow, chief engineer for the 2017 Colorado, the engine and transmission were calibrated to emphasize performance and refinement while optimizing fuel economy: “The Colorado is currently the most fuel-efficient pickup truck in America, with an EPA-estimated 31 mpg highway when equipped with the diesel engine. As such, for the new V-6 and eight-speed combination we focused on improving everyday driving performance. Drivers will immediately notice that it pulls harder when accelerating from a stop or passing on the highway; it is more confident pulling a trailer up a steep grade and it is more refined cruising at a constant highway speed.”

This second generation of Chevrolet’s double-overhead-cam engine architecture retains the same 3.6L displacement as before, with an updated suite of advanced engine technologies. This includes improved variable valve timing for intake and exhaust, improved direct injection and for the first time, Active Fuel Management (cylinder deactivation), which disables two cylinders under light throttle applications. Horsepower and torque increase to an SAE-certified 308 hp (230 kW) at 6,800 rpm and 275 lb-ft (373 nM) at 4,000 rpm.

The engine is mated to the class-exclusive eight-speed automatic. The GM-developed Hydra-Matic 8L45 is roughly the same size and weight as the 6L80 six-speed automatic it replaces. However, the eight-speed automatic offers a wider 7.0 overall gear ratio spread than the 6L80 transmission’s 6.0 ratio. This results in a numerically higher first gear ratio, helping drivers start off more confidently with a heavy load or when trailering, and numerically lower rear axle ratios that reduce engine rpm on the highway for improved efficiency.

Extensive use of aluminum and magnesium, combined with similar packaging to the outgoing 6L80 transmission, equates to no increase in overall weight for Colorado models equipped with the new 8L45 transmission.

The 2017 model year updates, including the new V-6 and eight-speed combination, will arrive at dealerships in the fourth quarter of this year.

Two years of sales and awards success
After two years on the market, the Colorado has proven to be a smart bet:

Today, Colorado accounts for 23 percent of the midsize segment

Averaging 36 days to turn, Colorado remains one of the fastest-selling vehicles in the segment

Colorado has been the most awarded midsize pickup over the past two years, including earning back-to-back Motor Trend Truck of the Year awards

Founded in 1911 in Detroit, Chevrolet is now one of the world's largest car brands, doing business in more than 115 countries and selling more than 4.0 million cars and trucks a year. Chevrolet provides customers with fuel-efficient vehicles that feature engaging performance, design that makes the heart beat, passive and active safety features and easy-to-use technology, all at a value. More information on Chevrolet models can be found at www.chevrolet.com