Preparing for my 21,000-mile off-road adventure 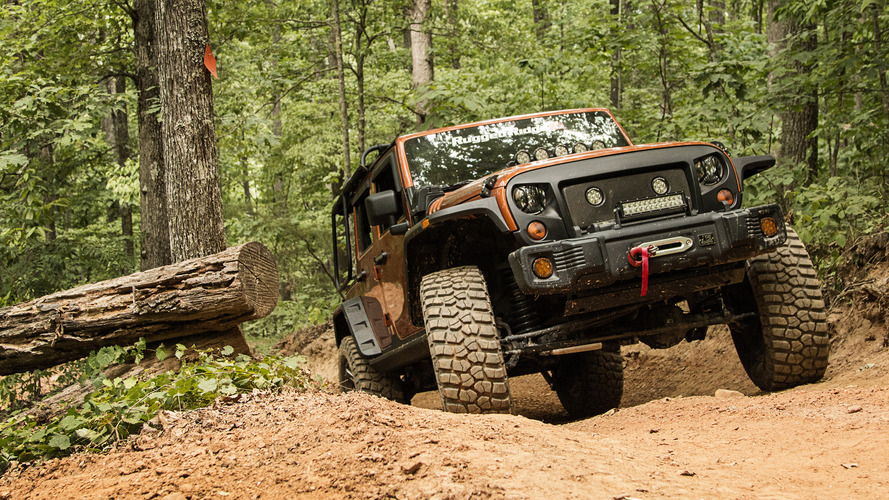 An off-road pro explains the basic skills I’ll need to drive from Alaska to South America.

Skills. I’m starting a drive from Alaska’s Bering Sea to South America’s Beagle Channel next year, and skills are what I’ll need to get it done. Some of the necessary ingenuity I already have, like ordering online from REI and getting YouTube lessons on how to start a fire with my own pee. My hunch, though, is that a tad more competence could further the cause.

So I flew to Suwanee, Georgia to load up on off-road driving prowess handed down by Dave Logan, a member of the International 4-Wheel-Drive Trainer’s Association and a certified Wilderness First Responder. Logan’s now a sales manager for the Jeep accessory maestros at Rugged Ridge, so I spent the first half of my trip ogling the vintage hardware in The Jeep Collection. I spent the second half inside Kilroy, a 2013 Jeep Wrangler with enough bolt-ons to clear a Home Depot of bolts.

As soon as Logan and I departed Rugged Ridge HQ for the trailhead about 90 minutes north at Beasley Knob, I asked my only question: “What do I need to know?” Logan, a reasonable man, responded, “Well… about what?” I clarified: “Everything. How do I get from Alaska to South America?”

You age 22 months when a “simple” 45-minute off-road repair stretches into six hours of banging on axle shafts and differentials.

My elucidation was but half frivolous. Although I’ve never been in charge of my own expedition, I’ve done plenty of off-roading. Maps can show me the way from Prudhoe Bay, Alaska to Bahia Thetis, Argentina; locals along the way can help me make the most of it. When an Argentine family of six wanted to see Pope Francis in Philadelphia last year, they trundled 13,000 miles from Buenos Aires to The City of Brotherly Love in a 1980 Volkswagen Bus that wouldn’t break 50 mph. I, on the other hand, will have an FJ100-series Toyota Land Cruiser, an already masterful 4x4 that I will slap a snorkel on and then submerge in money for the transformation into a proper overlander. Compared to a 1980 VW bus, my rig will be a Galactic Federation lifeform in terms of capability.

Point being, plumbing a line from top to bottom isn’t an issue. The issue is that backwoods interruptions mimic the weird astrophysical chronology in Interstellar – one minute spent fixing something off-road is so soul-sucking, it feels like it takes 13 hours. Therefore, you age 22 months when a “simple” 45-minute off-road repair stretches into six hours of banging on axle shafts and differentials, anyone idly waiting for you to finish qualifies for Medicare by the time the last tool is put away, meanwhile the truck actually gets younger and all the chocolate chip trail mix disappears. I wanted Logan’s insider trading on time-saving, my vague query aimed at getting Logan to say as much as possible. With 21,000 miles to cover, every opportunity to shave seconds from a trail event will hopefully keep me young enough to have to pay full price for healthcare when I return.

Logan, as patient as he is knowledgeable, began his seminar with the words, “mechanical sympathy,” explaining that he switches to four-wheel drive as soon as he leaves the paved road. That’s a kindness many would consider extravagant, but with two continents to cover I figure it’s better safe than clapped out in Costa Rica.

“When everything else has failed, that’s when you winch.”

After that opener Logan let loose with 60 minutes of advice, much of which I hadn’t gotten around to considering. Track down a Toyota dealer service manual instead of a Haynes or Chilton guide, plus all the specialty tools. Assemble discreet repair kits for individual parts and put specialty bolts and fasteners in Ziploc bags, so if I need to replace a tie rod, for instance, I can just grab a bag pre-loaded with the part and all the necessary tools. “Get a flat short shovel,” Logan said, “because V-shaped shovels are for digging holes and you don’t need to dig holes when you’re out there.” Buy a satellite phone and a VHF radio instead of a CB, because CB is line-of-sight, and “Who you gonna talk to?” Buy lots of Stop Leak, JB Weld, moldable putty, fuel filters, and Gas Dry. Thirty-five-inch tires are ideal, the wider the better. Carpenter’s spring clamps are good for maintaining cable slack and keeping important retractable items from retracting. Watch Bill Burke’s DVD Getting Unstuck. “When everything else has failed, that’s when you winch.” Spend the extra money for synthetic winch rope, and buy gloves of the same brand as the winch. An axe isn’t necessary because I can clear a trail with the winch, but a machete might be useful if I know how to wield it without lopping off my own limbs. Talk to a doctor who specializes in the outdoors. And load up on Imodium.

I scribbled notes all the way from Suwanee to Booger Hollow (yes, a real place), a few minutes away from the trailhead. It will take me a couple of months to make ultimate sense of Logan’s pearls, but I don’t consider this kind of expedition homework genuine work.

Georgia red clay is a picnic when dry, but when it’s wet the coefficient of friction flatlines at banana peels on ball bearings on ice.

Neither, it turned out, were the Beasley Knob trails that comprise Georgia’s 9.3 miles of publicly accessible off-road track. Riding imperiously high on Kilroy’s 37-inch BF Goodrich Mud Terrain KM2s tucked under a four-inch lift, we spent the afternoon stomping through some overgrown southern backyard as easily as bagging marmots with a Minigun. The only cautions were trees, and approach angles when crossing the rock-filled water evacuation channels.

Then it rained. Georgia red clay is a picnic when dry, but when it’s wet the coefficient of friction flatlines at banana peels on ball bearings on ice. There’s nothing in between. Tackling the day’s last steep hill at Nicholson Gap as the clouds dumped, we spun the wheels up a sodden clay channel to the top, then slithered and skidded down an ochre Slip ‘N Slide to the bottom.

Had we reached the hill five minutes later, we’d still be out there winching our way home. That’s the way it felt, at least, and that might not have been a bad thing. Among all the knowledge Logan dropped during our drive, perhaps the most important was this: “You need seat time. After you’ve got stuck the first 100 times, you’ll know what to do.”

But thanks to Logan, I’ll do it faster.