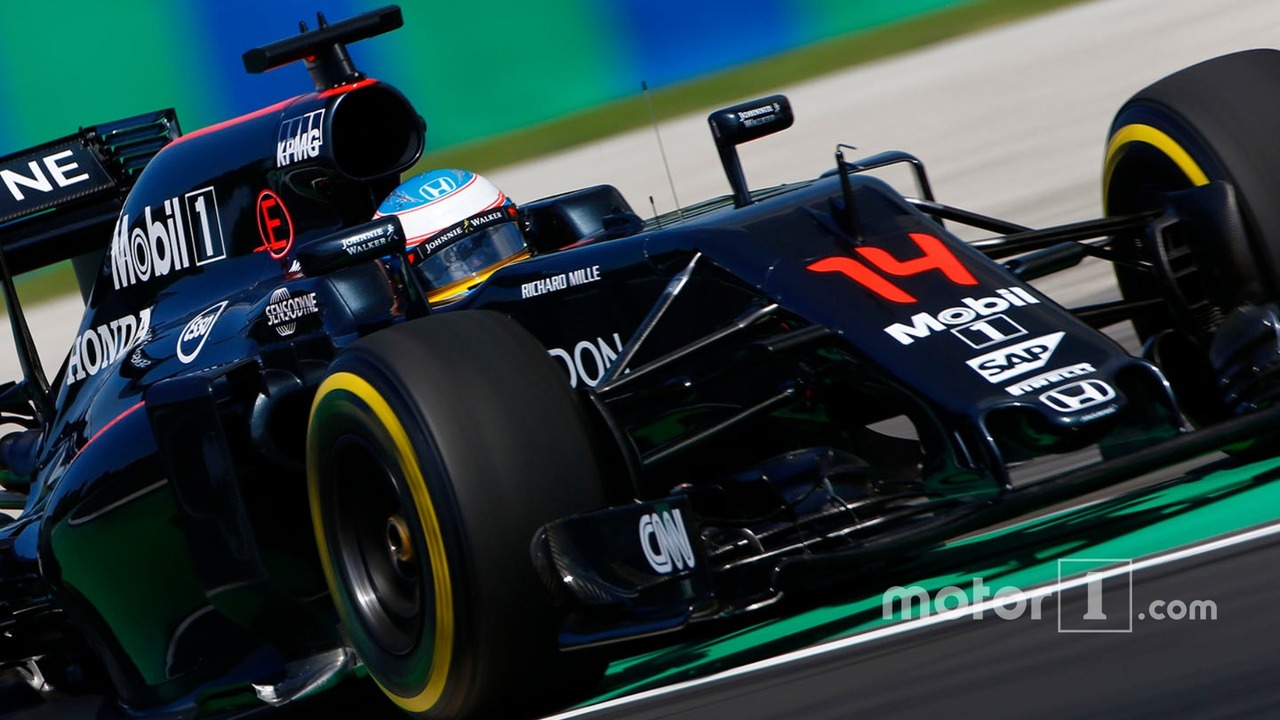 Fernando Alonso and Jenson Button will run with upgraded power units at the Belgian Grand Prix after Honda gave the green light to run new developments.

The Japanese manufacturer has been eager to continue its progress this year and, following analysis of its latest updates over the summer break, it has decided to run new parts for Spa-Francorchamps.

Honda has spent seven of its 11 remaining development tokens in tweaks to its combustion chamber, turbo and compressor, with both drivers set to run all-new components.

The motivation behind the changes is to improve the efficiency of the overall Honda package – which will deliver better performance – rather than it being solely about an out-and-out increase in horsepower.

However, Honda is hoping that analysis over the next few events will show that the changes have bought a power advantage too.

Button and Alonso will run the engines in Friday's free practice sessions and a decision will then be taken as to whether they are kept in the cars for the remainder of the Belgian weekend, or removed so work can be done on optimising the mapping and settings for a return at Monza.

The change means that Alonso is now on to his fifth and final set of components for all six parts of the power unit, while Button has his final combustion engine, turbo charger, MGU-K and MGU-H.