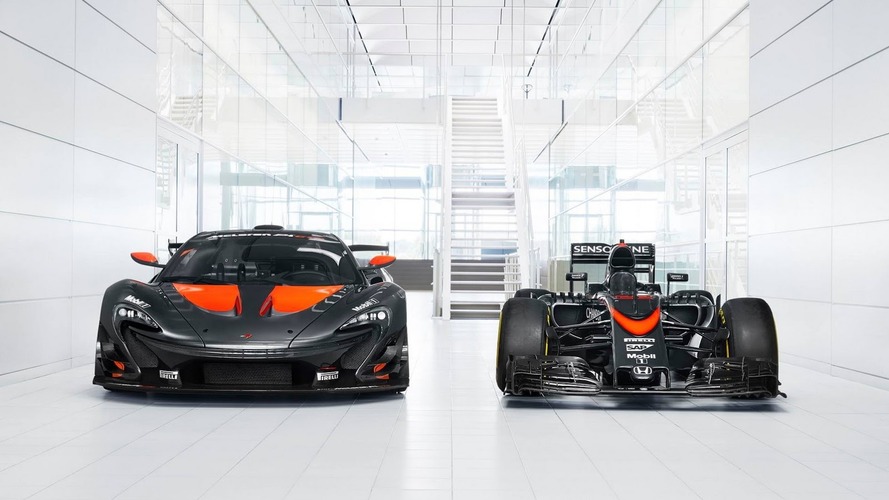 The track-only hypercar looks gorgeous in orange and grey.

Gearing up for the second half of the 2016 Formula 1 season, McLaren wanted to do something a little special to honor its MP4/31 car. The company took a $3.1M, 987-horsepower (736 kilowatt) P1 GTR, handed it over to the McLaren Special Operations (MSO) division, and from there, fitted it a handsome livery mimicking the one found on the track.

The orange and grey getup attempts to duplicate the MP4/31 livery as closely as possible, with a little MSO flair thrown in for good measure. The front-facing orange ‘swoosh’ has been formed into the hood vents, while designers took some liberties in applying the side and rear-facing stripes, given the unique angles of the P1 GTR.

Of course, not every detail is translated identically onto the track-going hypercar. But for what it's worth, it’s still a stunning look for the P1. As for the McLaren-Honda MP4/31, it will be hitting the track in Belgium this weekend at Spa, hoping to gain some ground on the rest of the field.