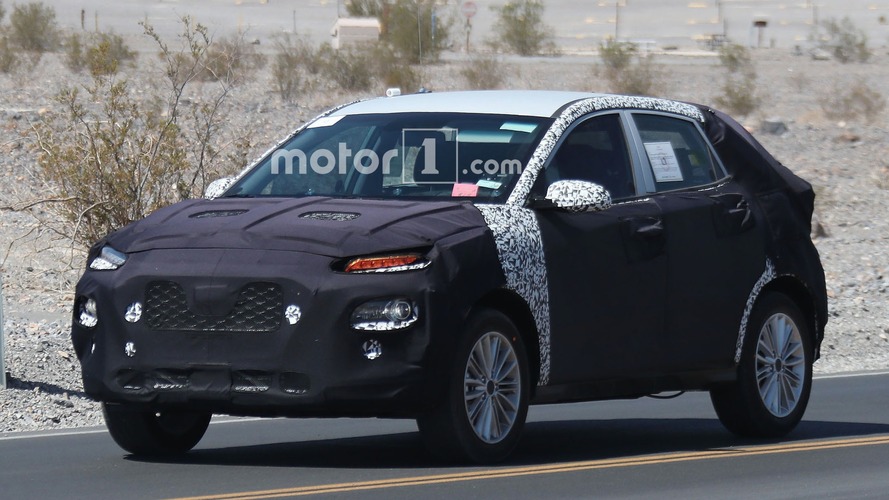 Take an closer look at its split lights in front.

Kia’s mysterious small crossover is back in the desert for testing, and this new set of spy photos gives us a better look at its design details. While we still don’t know the model’s name, the compact CUV likely shares a platform with the recently teased next-gen Rio.

Despite the heavy cladding on this one, Kia’s compact crossover has some stylish touches. A broad grille dominates the front end design. The company also places the turn signals along the hood’s edge and moves the headlights down to the widest portion of the fenders. The decision should make the little model look especially wide. The CUV is stubby at the rear, and these pictures show a close-up of the narrow taillights.

The crossover might have different engine options depending on the continent. In Europe, the relationship with the next-gen Rio could let the CUV share its turbocharged three-cylinder powertrain. However, the mill isn’t available in the United States, so look for a four-cylinder there. A rumor also suggests the possibility of a plug-in hybrid.

Kia’s CUV should arrive by the end of next year, but the little vehicle enters an already crowded segment. Competitors like the Honda HR-V, Mazda CX-3, Buick Encore, Nissan Juke, and Jeep Renegade already have time on the market, and the South Korean brand needs to debut something special to lure buyers away from them.