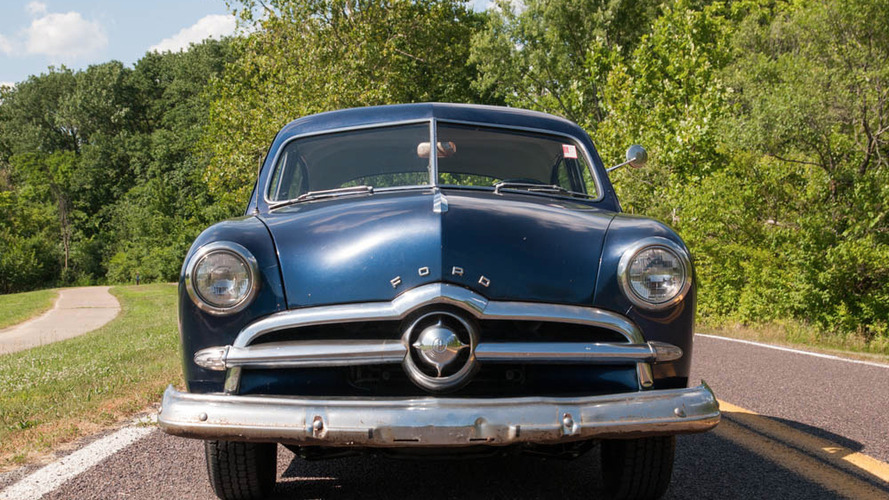 You’d be an American Idiot not to want this classic Ford.

Looking back on the classic American car market, it might be easy to overlook the 1949-1951 “Shoebox Ford.” The Chevy Bel Air was arguably the better looking of the two, and remained the more iconic throughout history, despite the fact that the Ford was outselling the Chevy by nearly 10 percent in 1951.

Even though the Ford may have been slightly forgotten, that doesn’t mean it’s still not a classic - and with celebrity ties like the one seen here, that makes it even more the valuable. Previously owned by Green Day frontman Billie Joe Armstrong, this 1949 Ford is up for sale on eBay

The car comes with 77,238 miles on the odometer, and a letter of authenticity proving it was owned and maintained by Billie Joe himself. Under the hood is an original Ford V8, and it’s paired to a three-speed automatic transmission and a brand-new powertrain.

Aside from the windshield wipers, nearly everything on the car is in working order. The seller claims that it was “driven regularly” by Armstrong, and even appeared in a Green Day music video.

The blue exterior paint could use a touch up, as could the chrome, while the interior was given a very punk-esque leopard print flooring. Even still, it’s a unique piece of history to own - just don’t wait until September ends to bid on this one-of-a-kind classic.