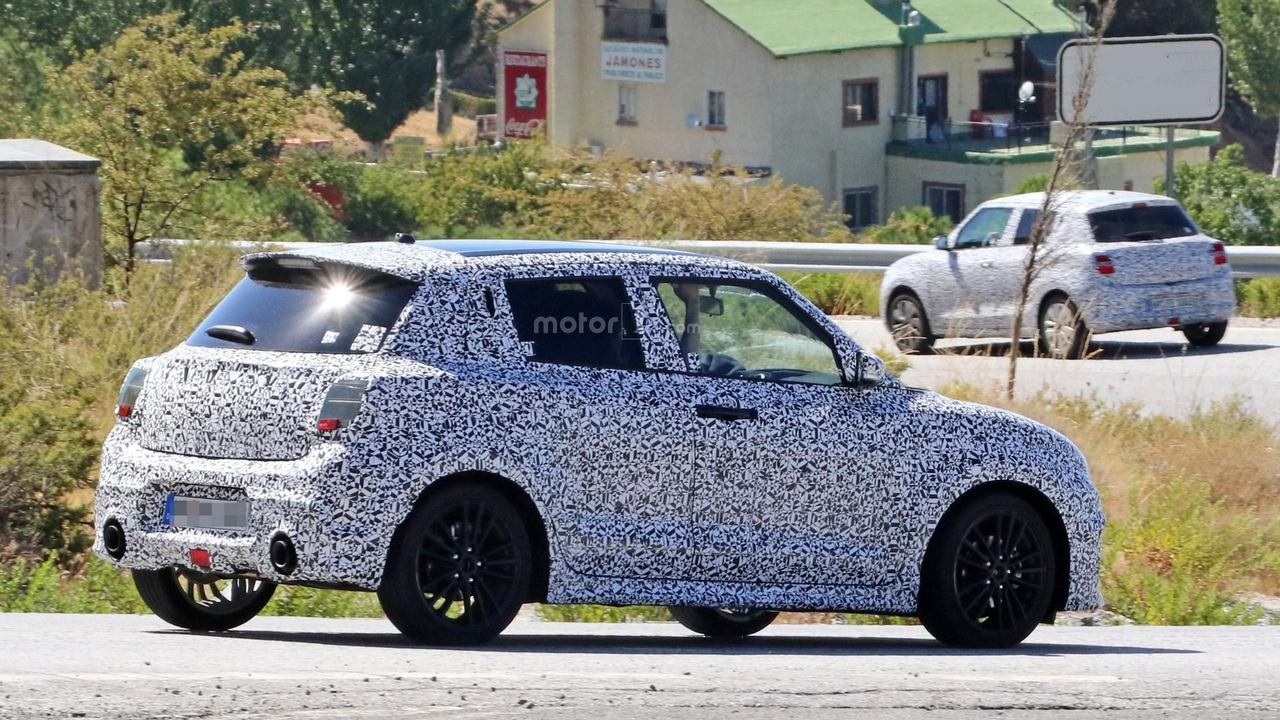 Shaping up to be a fun little car without breaking the bank.

Suzuki is expected to unveil the fourth-generation Swift at the end of September during the Paris Motor Show, but we will likely have to wait until 2017 for the debut of the punchier Sport model. We saw both versions in a couple of slideshows from a dealer presentation earlier this year, so the cat is pretty much out of the bag. Here we have a production-bodied prototype of the Swift Sport undergoing some testing on public roads.

Compared to the regular Swift, the beefier version will have slightly more aggressive front and rear bumpers along with a more prominent roof-mounted spoiler and larger wheels backed by upgraded brakes. Also noticeable are the LED daytime running lights at the front and the handles for the rear doors mounted up high near the C-pillars, something which certainly won’t be appreciated by all people.

As far as the engine is concerned, the Swift Sport is expected to make the switch from a naturally-aspirated 1.6-liter to a turbocharged 1.4-liter unit. The outgoing model has 136 horsepower (100 kilowatts) and 118 pound-feet (160 Newton-meters) of torque, while the Boosterjet turbo unit that we believe will be used offers 140 hp (103 kW) and 162 lb-ft (220 Nm) in the Vitara S. The difference in horsepower is minor, but thanks to turbocharging the driver will have access to all ponies earlier in the rpm range. In addition, the jump in torque will be very noticeable given the supermini’s low weight.

The attached spy photos are not showing the interior, but that dealer presentation we mentioned earlier also included an image of the cabin. It’s going to be pretty much straightforward, with Suzuki planning to keep it simple. A flat-bottomed steering wheel with a three-spoke design will be available for both versions of the new Swift, as will be a decent-sized touchscreen display sitting above three rotary knobs to control ventilation and AC.

We hear the new Swift is going to be a tad wider than the outgoing model and that should pay dividends in terms of the amount of room available inside. It remains to be seen whether the wheelbase will be stretched to create more legroom compared to the outgoing model which measures 95.7 inches (2.43 meters) between the front and rear axles.

Suzuki will probably decide to unveil the new Swift Sport at the 2017 Geneva Motor Show next March.