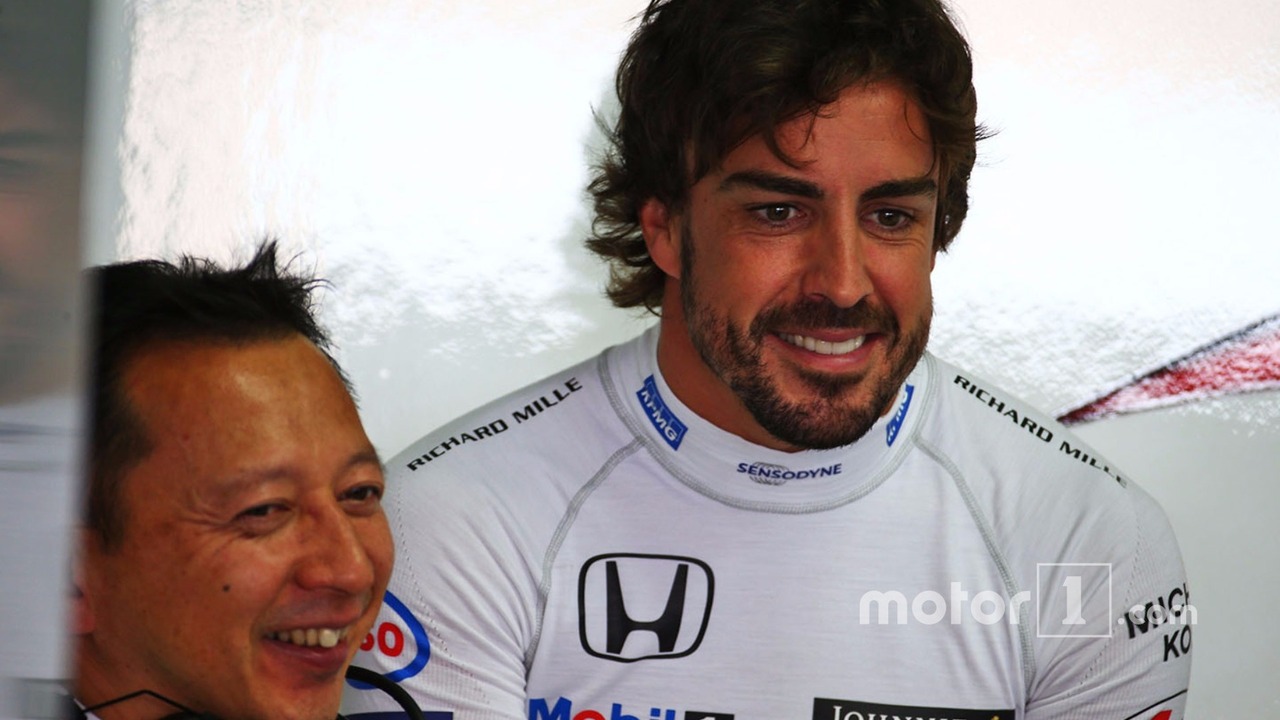 Fernando Alonso says that Honda's approach to Formula 1 this season is 'night and day' different compared to last year.

After a difficult return to F1 in 2015 as McLaren's engine partner, Honda undertook a management reshuffle over the winter with Yusuke Hasegawa replacing Yasuhisa Arai as its F1 chief.

The changes that Hasegawa has made have helped the team become regular points contenders, and Alonso is full of praise about the way the Japanese manufacturer is now approaching things.

"With Honda, the change was very big with the new organisation," he explained in an interview with Motorsport.com.

"I'm sure the knowledge after the first year, the first difficulties, they took it really seriously. It's some kind of a pride for Japan, so everyone was flat-out.

"Everyone was hurt a little bit last year. They changed, you know, completely everything. They understood everything very quickly. Even the communication between McLarenand Honda, the link between the English culture and the Japanese, it is day and night compared to last year."

While Alonso concedes that he had hoped for more engine power this year, he says there can be no faulting the effort that is being made to help improve things.

"I still expected more than I see this year," he said. "In terms of the way of working, or in terms of approach and racing, they are racers, they are warriors, in life as well. When we become more competitive we will see even more of that attitude from them."

And when Honda is finally able to deliver an engine that can help it challenge Mercedes, Renault and Ferrari, Alonso is in no doubt that McLaren is ready to produce the right car.

"The technical group that we have at McLaren now, the designers, the structure, the organisation, our technical directors, everyone is very professional," he said.

"The balance in the team is right, everyone is moving in the same direction. Everyone has experience from other teams, with some fresh ideas. They all have the talent, because they have shown their talent in McLaren in the past. It is a very international team, we have people from all the countries. It's very open.

"I work now with a team and an organisation that I feel is perfect to deliver the result. We are not competitive, we're aware of it. We are completely aware of our situation. Our project started one year too late probably.

"If we had started in 2014 with all the turbo engines, this engine we have now is the engine that they would have had last year. And if we were doing a 1m16s [in Germany], we were on pole position.

"We are one year behind, but we're learning very quickly. We understand our position, we need to work a lot, but in terms of the team this is a more organised team, and more efficient team."