What’s the deal with this mysterious BMW M4 prototype? 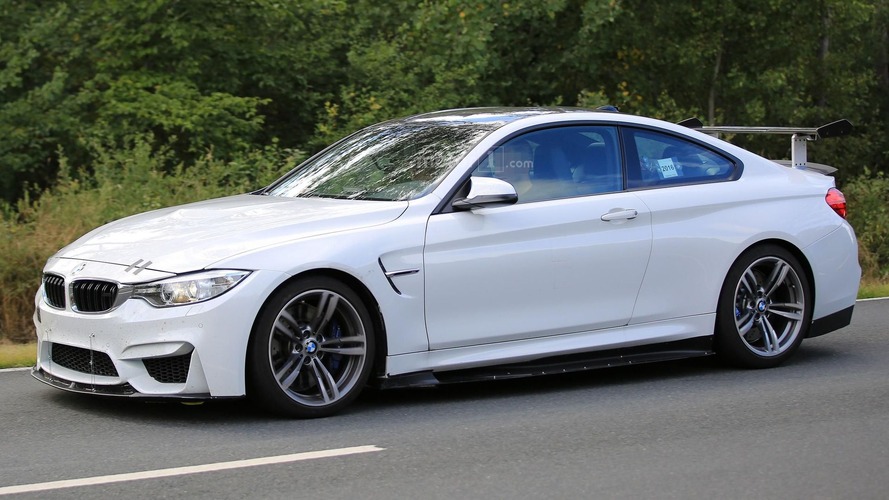 Looks like the M4 is about to get a go-faster edition with aero tweaks.

If the attached spy photos are any indication, it seems BMW is preparing to spice up the M4 Coupe by introducing a new version or special edition with an array of aerodynamic tweaks. It will likely be based on the upcoming facelift and will draw inspiration from the Spain-only M4 Competition Sport. Think of it as a new member of the family to bridge the gap between the regular M4 and the meaner M4 GTS.

It remains to be seen whether the extra carbon fiber bits and aero upgrades will be matched by a more powerful engine. As a reminder, the turbocharged inline-six 3.0-liter engine delivers 425 hp (317 kW) in the regular M4, 450 hp (335 kW) in the aforementioned M4 CS, and a mighty 500 hp (368 kW) in the M4 GTS which takes advantage of water injection technology.

You’ll notice the prototype comes with rear seats, so chances are the new M4 derivative currently in the works will not be as extreme as the sold-out M4 GTS which eschewed the rear bench in order to shave off weight. It’s worth pointing out that while the car seems to carry the regular LED taillights, in a previous batch of spy images we saw another prototype which appeared to be rocking those fancy OLED taillights seen on the GTS special edition.

Speaking of the GTS, BMW put its orange wheels on another test car we spotted about two months ago, so there are reasons enough to believe the M4 facelift will spawn a special version with a multitude of upgrades in the same vein as previous limited editions.

It is believed BMW will launch the facelifted M4 Coupe in March 2017 which means a reveal is probably scheduled for the end of the year when hopefully we’ll see this new version as well.