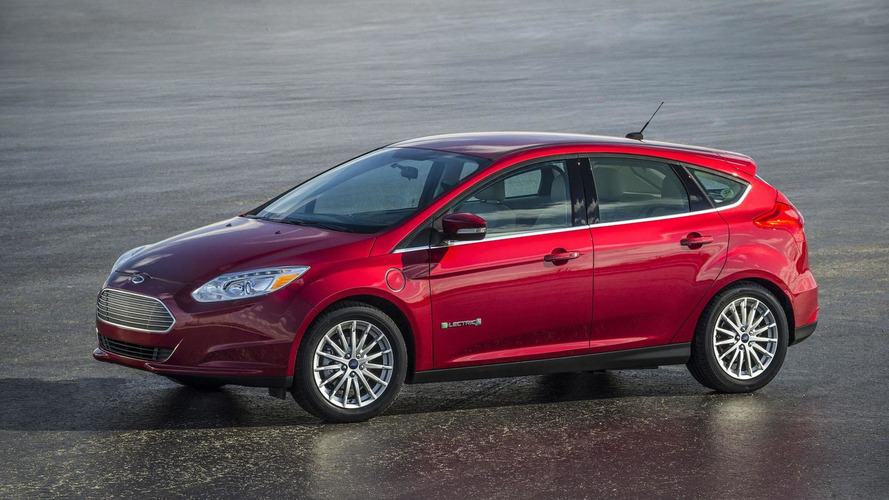 The liquid-cooled lithium-ion battery getting a 46-percent jump in capacity.

Ford teased the 2017 Focus Electric towards the end of last year when it announced it will feature a new DC fast-charge system capable of recharging the battery to an 80-percent level in half an hour. Several months later, the company’s director of electrified powertrain engineering revealed the zero-emissions Focus will have a maximum range of around 100 miles (161 kilometers), representing a significant improvement over the current EPA-certified 76 mile (122 km) range.

Fast forward to present day, the good folks over at InsideEVs have learned more about the changes inbound for the 2017 model year. The most important of them all is a 46-percent increase in capacity for the liquid-cooled lithium ion battery which will jump from 23 kWh to 33.5 kWh. It should increase the electric hatchback’s range to somewhere in the region of 110 miles (177 km), thus matching the range provided by Hyundai’s new Ioniq EV.

Sales of the 2017 Ford Focus Electric are expected to kick off in United States towards the end of December, with an official reveal likely set for the Los Angeles Auto Show a month earlier. Besides the larger battery and the aforementioned DC fast-charge system, the 2017MY will also bring a new White Gold paint and a fresh set of 17-inch Sparkle Silver alloys replacing the 2016MY’s standard 17-inch aluminum wheels.

The rumor mill indicates Ford has plans for a more diversified EV lineup by introducing an array of ‘Model E’-labeled cars starting with 2019. These new models will reportedly be based on the next-gen Focus and will be manufactured at a factory in Mexico following a massive $1.6 billion investment.