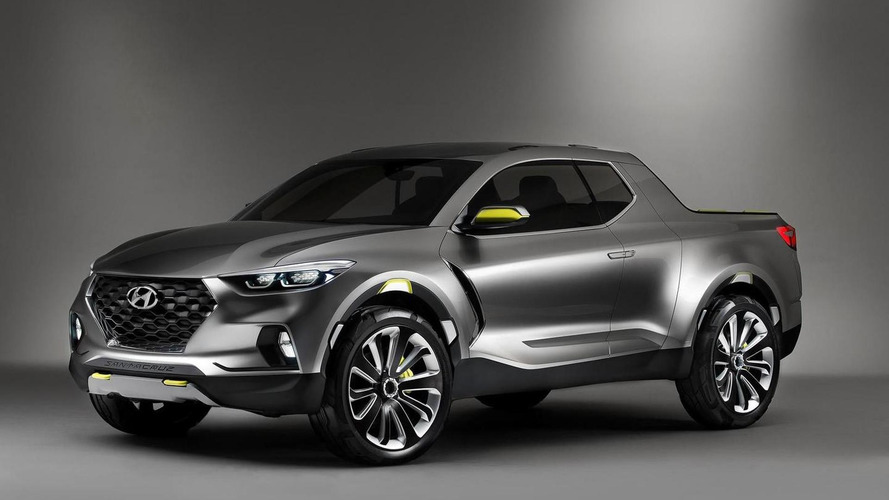 Production-ready version could debut as soon as November in Los Angeles.

Set to be based on the Tucson crossover, Hyundai’s production version of the very interesting Santa Cruz concept will be added to the lineup at some point in 2018 and will go on sale as a 2019 model year. The compact pickup’s design is almost ready and according to Motor Trend we could see the vehicle in November at the Los Angeles Auto Show. If not, Hyundai will likely choose to unveil the model in January 2017 at the North American International Auto Show in Detroit.

The Santa Cruz has received Hyundai’s green light for production after internal research has shown the South Korean company could sell as much as 50,000 units per year. Some external analysts are even more optimistic, claiming annual sales could hit up to 70,000 units for a pickup that will have an estimated starting price of $25,000.

According to Dave Zuchowski, president and CEO of Hyundai Motor America, the production-ready Santa Cruz will be a viable candidate for a diesel engine in United States. While the Euro-spec Tucson is available with 1.7- and 2.0-liter CRDi turbodiesel engines, the Santa Cruz might get something else. We are talking about a new four-cylinder diesel unit currently in the works for the Genesis models set to be sold in Europe in a few years.

It’s unclear at this point where Hyundai will put together its new lifestyle pickup, but the Montgomery factory in Alabama, United States seems like a good candidate since it has enough production capacity for a new vehicle to join the Elantra, Sonata, and Santa Fe Sport.

Following the Santa Cruz’ launch, sister brand Kia could get its own version if we were to rely on a rumor from the beginning of the year.