Legends of the Autobahn 2016 draws out best of German motoring 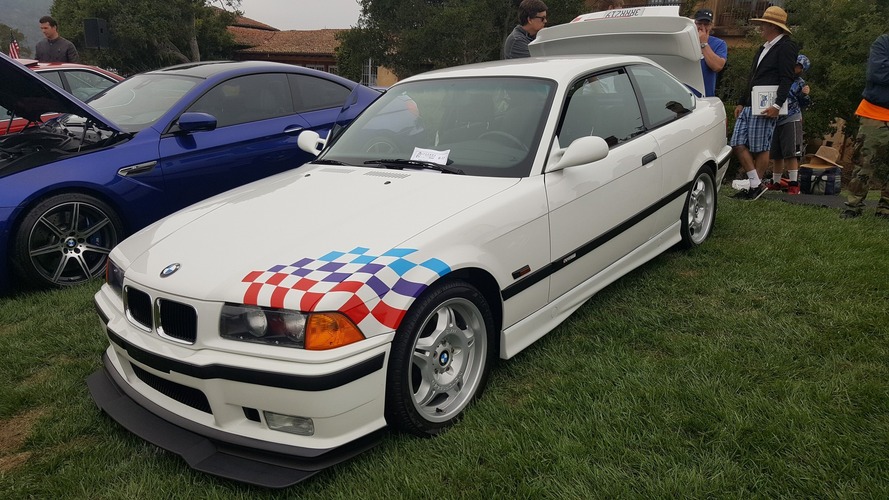 A collection of Mercedes-Benz, Audi and overload of BMW content at annual gathering

Each and every year, a slice of the classic German car scene gathers during Monterey Car Week and this year the slice got larger. Populated with German cars (though excluding Porsche and Volkswagen), the Legends of the Autobahn show focused primarily on Mercedes-Benz, Audi, and a huge onslaught of BMW product this year. The show tripled in size this year, with examples of many models and trims from our roads, along with European content never intended for the American market.

BMW is the featured marque in Monterey this week, in celebration of its 100-year anniversary; the Legends of the Autobahn show was completely one-sided as a result. Not than any one was complaining. (Maybe Audi exhibitors were at bit unhappy with a relative small presence, but that should serve as motivation.) Mercedes-Benz exhibitors were out in force, with roughly the same amount of hardware exhibited last year, but with new attendees.

Still, the Bayerische Motoren Werke battalion of cars from 1934-onward was absolutely stunning, and well worth the ticket price. Dozens of examples of each model was represented, with the exception of fringe products like the Z1 or Euro-spec models like M5 wagons.

If motorsports is your thing a few shown at the BMW Legends event delivered. An E30 M3 DTM car was in attendance, as was the McLaren F1 GTR Powered by BMW. For street cars there was literally every example of M car built over the last 30 years.

In all BMW seemed to occupy some 80 percent of the total area; with great corporate support and classics from the BMW Car Club of America.

There in a modest official capacity Audi brought out a Le Mans car but, curiously, not the flagship 2017 Audi R8. Private owners brought out some decent late model vehicles: S4, RS4, RS4 Avant, and S5, but only a handful of classics. From the legacy of Audi we only saw a pair of decent Quattros, one a full race car, an Auto Union coupe, and a 4000S with a manual. Having seen the Audi Forum museum in Ingolstadt, Germany, it really would be great to view more Auto Union and Audi classics from the company's rich history in passenger and race cars. Audi corporate, owners, and clubs will have to band together to pull off a challenge for BMW and Mercedes-Benz.

Mercedes-Benz is always well represented during Monterey Car Week, especially in terms of pre-war examples. At Legends of the Autobahn there was a great cross-section of post-war vehicles, diesels, wagons, and tuned cars from AMG. There were some gorgeous 1960s coupes and cabrios, with 280 SE and SL cabrio examples stealing our attention. When we viewed the last Benz in the group, we had to admit it was one obscure old rally car that really did it for us. Mercedes-Benz Classic built up a 1963 220SEb to original rally specifications, but with modern touches like a multi-point safety cage.

Kudos to Legends of the Autobahn for outdoing previous years and cheers to BMW for the next 100 years.