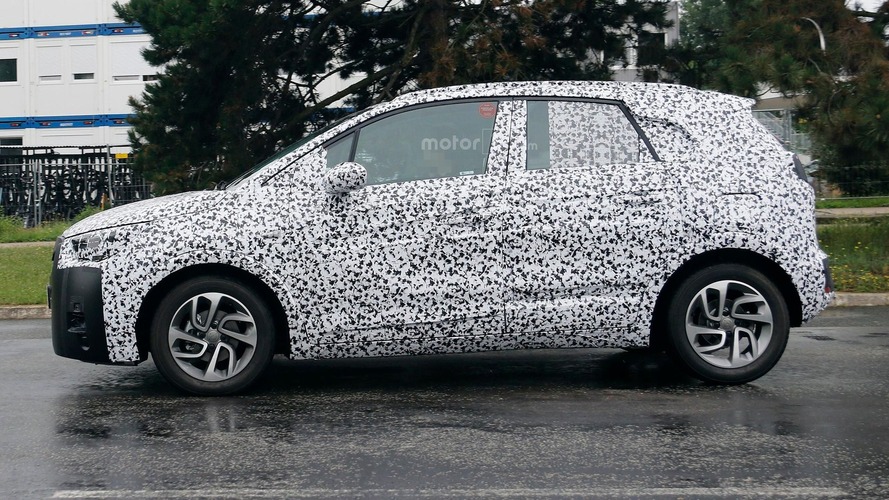 As boxy as an MPV, but with a crossover's jacked-up suspension.

Opel is putting the finishing touches on the third-generation Meriva which as you can see is going to revert to regular rear doors like the original model. Aside from losing the suicide doors, the new MPV will also adopt a more crossover-like ground clearance while keeping most of the boxy shape you would expect from a people carrier.

It’s a known fact people don’t buy MPVs for their design, but from what the prototype is showing us, the Meriva C is going to be a tough sell given its somewhat awkward stance. With more and more customers deciding to make the switch from minivans to small crossovers, it will be interesting to see how the new model will fare in the challenging mini-MPV segment.

For those who would rather have a more funky minivan, sister model 2017 Citroën C3 Picasso will probably be a better choice thanks to its C4 Cactus influences. Both cars are going to ride on a PSA-developed platform, but the Meriva will reportedly use its own Opel engines which will likely be taken from the Astra. That means a small three-cylinder 1.0-liter turbocharged mill is going to power the base model with 105 hp (75 kW), followed by a 1.4 with 125 hp & 150 hp. The 1.6-liter ‘whisper diesel’ with 95 hp & 136 hp is going to be a more popular choice among buyers prioritizing fuel economy.

Expect both the new Meriva and C3 Picasso to be revealed at the Paris Motor Show late September, with sales to kick off either by the end of the year or early 2017.