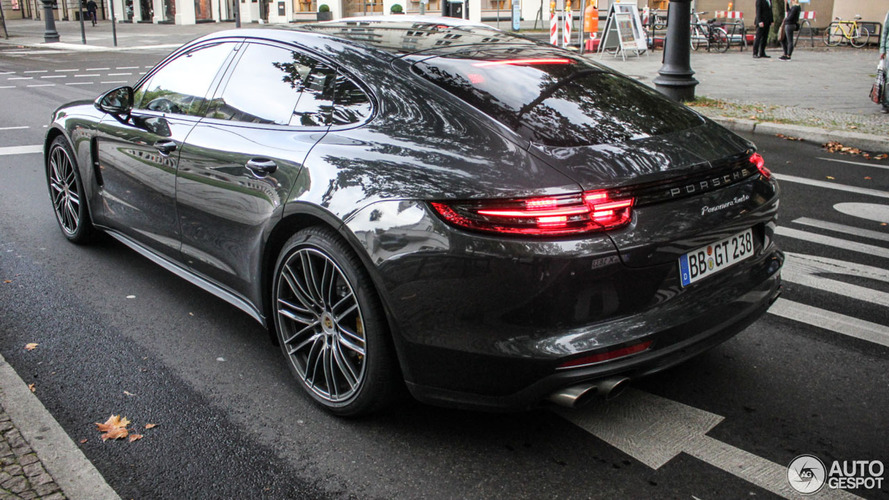 The turbocharged sedan looks great on the street in Berlin, Germany.

Deliveries of the second-generation Porsche Panamera don’t technically begin in Europe until November, but these photos show that someone is apparently lucky enough to get behind the wheel of one now. An Auto Gespot reader submitted these pics after noticing the turbocharged sedan with a dark gray body around some high-end shops in Berlin. The Porsche definitely looked right at home there.

This is our first chance to see the fully uncamouflaged Panamera in the real world, and we’re happy to say the sedan still looks fantastic. In fact, it might be even more attractive here than in the company’s photos. These shots highlight the hard creases in the sedan’s nose, but the design is even better from the rear. The image from the rear three quarters perspective highlights the vehicle’s round rump, and you can easily spot the styling similarities with the current 911. The large wheels and massive brakes perfectly communicate the Turbo’s performance capabilities to the world, too.

The Panamera Turbo uses a biturbo 4.0-liter V8 with 542 horsepower (404 kilowatts) and 568 pound-feet (770 Newton-meters) of torque, and an eight-speed dual clutch gearbox routes power to an all-wheel drive system. With the Sport Chrono option, the stylish sedan can spring to 62 miles per hour (100 kilometers per hour) in just 3.6 seconds. The Turbo starts at 153,011 euros ($172,400) in Germany, and Porsche doesn’t currently have the cost for the market in the United States.

While the Turbo is currently the range-topping Panamera, there are more models on the way. For example, we have both the long-wheelbase and Sport Turismo wagon versions to look forward to. There are also rumors of a performance hybrid trim with around 700 hp (522 kW). 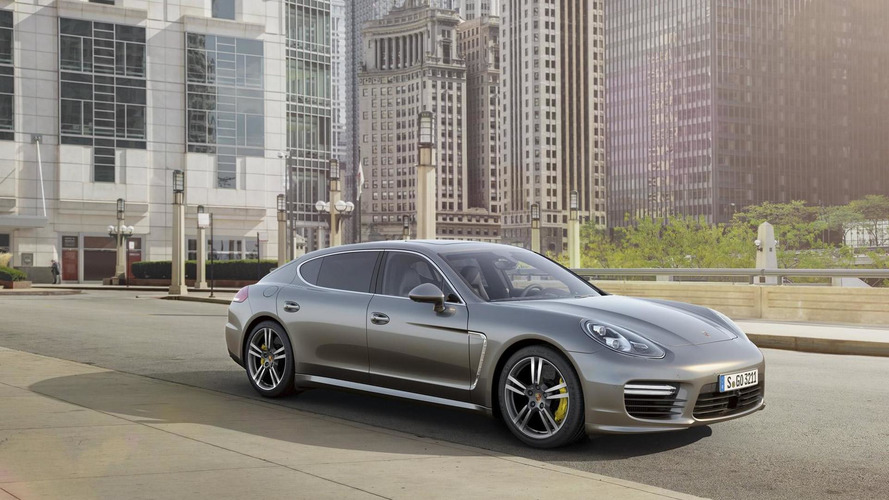