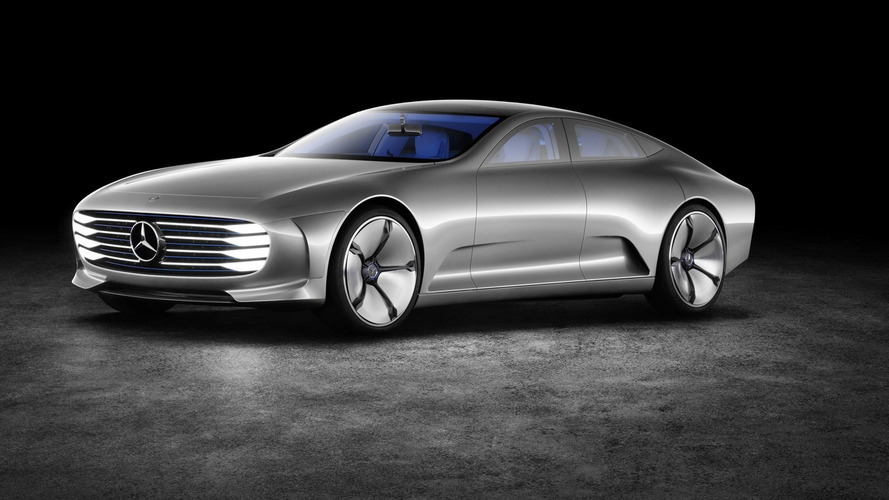 As a way to boost efficiency and consequently increase range.

Almost a year ago, Mercedes-Benz unveiled the rather spectacular Intelligent Aerodynamic Automobile (IAA) concept at the Frankfurt Motor Show.  With a drag coefficient of only 0.19 just like the VW XL1, the four-door coupe looks like a CLS from the next decade. The company with the three-pointed star logo managed to achieve ‘world-beating aerodynamics’ by implementing an extendable body stretching up to 390 mm (15 inches) at speeds over 50 mph (80 kph) to improve efficiency.

While the concept won’t morph into a production car, Mercedes emphasizes the importance of aerodynamics to achieve better efficiency and increase the range of an electric car. Anke Kleinschmit, Vice President Group Research and Sustainability and Chief Environmental Officer at Daimler, mentioned during an interview with SAE there is still room for improvements in that area for a production car.

Mercedes’ sleekest model on sale today is the CLA 180 BlueEfficiency Edition with a drag coefficient of 0.22 Cd. Anke Kleinschmit mentioned ‘the potential for reducing air resistance has not been exhausted, although it will slow down.’ She also said there is an “asymptotic limit of about 0.20 Cd with ‘conventional’ vehicles” without having to make significant modifications in the basic architecture of a car. The aforementioned CLA version sold in select markets gets close to that number which could be further lowered by the addition of active aero tweaks in the same vein as the IAA concept.

The company’s forthcoming array of EVs rumored to be sold within the ‘MEQ’ sub-brand could take advantage of the technology to grant a longer range. The first of the bunch will allegedly be a crossover set to be previewed in Paris this year by a concept, ahead of a possible market launch in 2019.

It will be interesting to see whether active aero inspired by the IAA concept will be adapted for Mercedes’ EVs seeing as how the main issue with these cars is range anxiety. While active aero won't entirely cure that, any boosts will certainly be appreciated by people shopping in this segment.