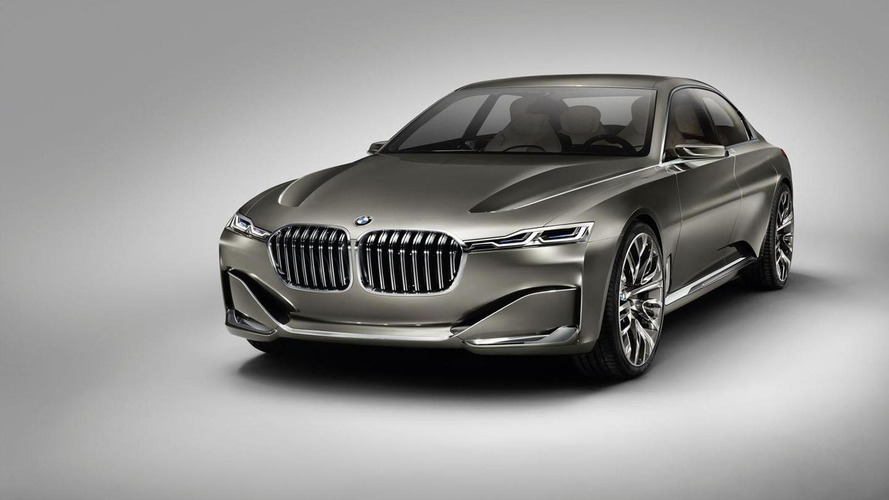 It was only two days ago when we were discussing the possibility of BMW replacing the 6 Series family with a brand new range of models under the 8 Series moniker. Now, a new report indicates the Bavarian brand is planning an ever more luxurious and powerful 9 Series that will rival the upcoming Mercedes-Maybach S-Class.

Auto Bild says the car in question will be based on the 7 Series but will use a slightly stretched platform. Basically, this means we will be dealing with a sedan, inspired by the Vision Future Luxury concept that was unveiled at the Beijing Motor Show in 2014.

Slated to arrive in 2020, the new 9 Series will offer lavish comfort for those sitting in the back thanks to two individual seats with individual infotainment systems and screens.

Most likely, the 7 Series, 8 Series, and 9 Series will share most of its engine options with the 6.6-liter V12 being the top choice. This one is already available for the M760Li xDrive, where it produces 600 horsepower (441 kilowatts) of power and 591 pound-feet (800 Newton meters) of torque, delivered to all four wheels through an eight-speed automatic gearbox. Another option for the 9 Series could be a plug-in hybrid system that will pair a turbocharged petrol engine with an electric motor for an expected power of more than 326 hp (240 kW).

While the information sounds pretty vague at this point, back in 2015 Harald Krueger, CEO of BMW, said he is a big fan of the 9 Series idea, which indicates the Bavarian brand is indeed planning a flagship model.