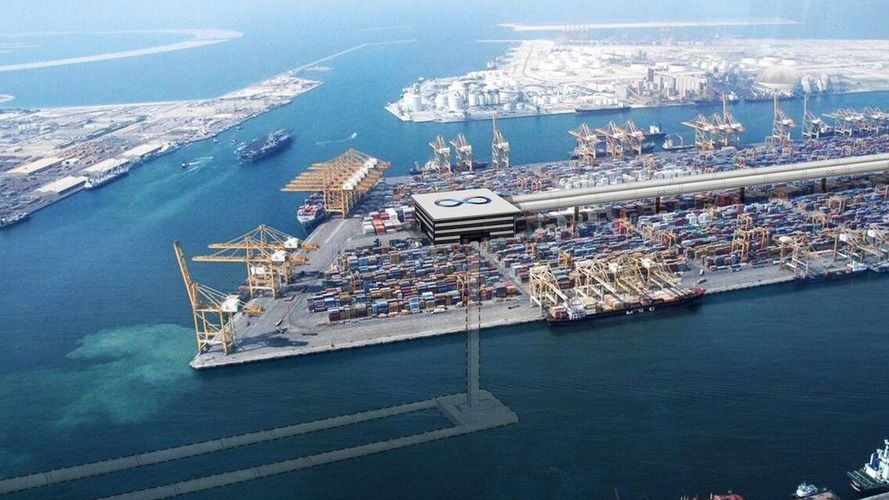 Could be the start of a cargo transport revolution.

Hyperloop Onehas signed a deal with one of the world’s largest port operators that could lead to the transport system being used to move cargo to inland ports around the world.

Under the deal, Hyperloop One will work with DP World on a feasibility study into moving cargo containers from Jebel Ali Port in Dubai, to a new container handling facility 18 miles inland.

Inland ports are a rapidly growing business as they allow quicker access to goods, and are often cheaper and more convenient than coastal ports for companies that want to be based near a distribution center. However, they currently rely on road and rail links, causing congestion and create heavy levels of carbon dioxide emissions.

The Dubai study will investigate the business case, route options, and the costs of building and running a Hyperloop system between the two ports. By 2017, Jebel Ali will have the capacity to handle 19.5 million 20-foot containers, a large proportion of which will pass through the inland facility. Hyperloop One claims its system would speed up the transfer process considerably, and reduce local emissions as it runs on electricity and would remove a huge amount of trucks from the road.

Sultan Ahmed Bin Sulayem, Chairman and CEO of DP World, said: “This is about testing in real terms how much it costs and how much we can save because if it works in Dubai, we will do it in Africa, India and across Asia.”

DP World operates 77 coastal and inland ports on six continents. “I believe in the Hyperloop,” the Sultan added. “I believe it’s the future.”

Hyperloop One is also carrying out similar feasibility studies in Russia, Finland, Switzerland, Sweden, and the United States. It is also investigating of running the system underwater.

If Hyperloop works and is cost effective, it could well spark a revolution in global cargo transport. However, it’s likely to be so expensive to build and run that only huge, cash-rich multi-nationals like DP World will be able to afford it. It seems unlikely it would replace truck and train transport for smaller, more localized cargo movements. It’s size-limited by design, as well, so oversize loads will always have to go by road or rail.