How Bernie manipulated a new points system into F1 in 2010 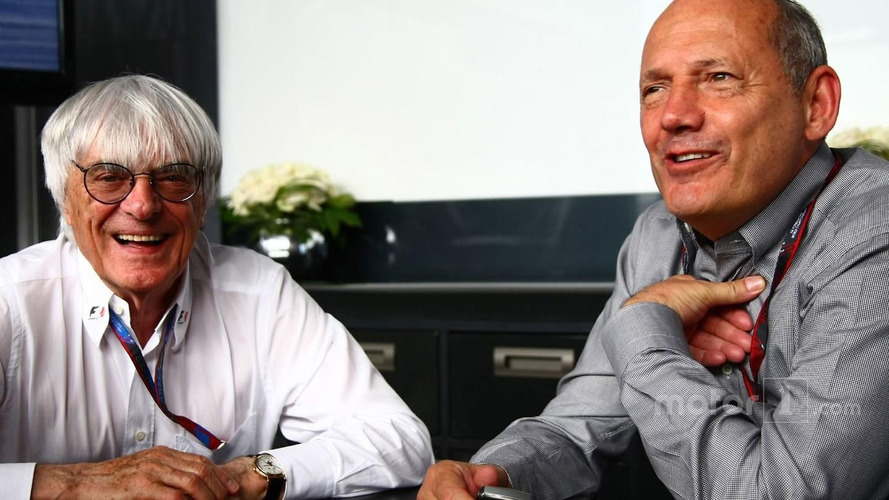 In the midst of the Olympics, we take a look back at how winning the Formula One World Championship almost changed seven years ago… or did it?

Bernie seized the opportunity to implement a medals-scoring system for the top three finishers in every Grand Prix. However, this was not just a far-fetched idea, Ecclestone claimed. Intended for the 2010 season, the idea required validation by the teams themselves pending formal ratification by the FIA's Motor Sport World Council. Coming as no surprise, the concept received a lukewarm welcome.

"It will come," Ecclestone declared about his own idea. "All teams are happy. The main reason is the fact that I'm sick of people saying there is no overtaking. The reason for that has nothing to do with the tracks or the people involved – the drivers just don't need to overtake."

An idea to improve the show?

Ecclestone argued that winning was not giving enough value anymore in F1.

"If you're leading the race and I'm second, I'm not going to risk crashing stupidly, or anything like that, just to score two more points. If I need to do it to win a gold medal, because the one with the most medals wins the world championship, then I'll do it. I'll overtake you. This year, we've seen Lewis [Hamilton] not overtaking [Felipe] Massa several times for this reason."

Ecclestone feared, with the points system then used, a driver might become a title contender without the panache of winning, being very consistent with big points throughout the season, just as Mikko Hirvonen proved against Sébastien Loeb in rally.

On the other hand, doubters were afraid that the sport could suffer just as much from a champion that might be crowned by winning a few races only and retiring from all other Grands Prix.

A skilled strategist, Ecclestone was very vocal in order to push another points system forward, actually! The Formula 1 supremo wanted the points-scoring system (10-8-6-5-4-3-2-1 for the top 8 finishers) to reward more drivers with a more valuable win thanks to a bigger gap between first and second place.

So instead of a medal system, this second points proposal was welcomed smoothly by the teams, the FIA and the fans. Ecclestone had sold them on a system that appeared to be the exact opposite, but was it really with only three drivers 'scoring' at the end of a race?

Even though some teams did support Ecclestone's medals idea, the constructors and sponsors involved needed a lot more visibility, advocating a system that would reward as many drivers as possible while still creating incentives to fight among the midfield. The battle for tenth place needed to be covered by the media. This would ensure stability for teams in the middle rankings, without helping the new low-cost teams Ecclestone held in much contempt.

The idea went through

As a response to this debate, the sport hastily implemented a new points-scoring system for 2010, making everyone happy with 25 points for the winner and points for the top 10 finishers. Ecclestone knew he had the last laugh.

This system remains in force today and was spread to all FIA-sanctioned championships. Ecclestone eventually convinced himself of the truth of his arguments, dreaming of more overtaking at the front of the pack and fancying another few gimmicks to keep the title fight alive.

That's how other measures were implemented with the support of the teams – degrading Pirelli tyres, KERS, DRS and doubled points in the 2014 Abu Dhabi finale!

Gallery: How Bernie manipulated a new points system into F1 in 2010