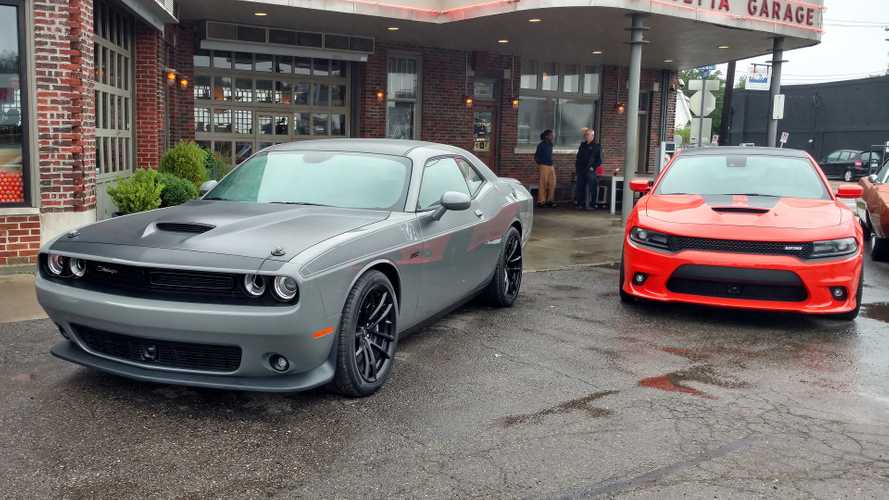 Just in time for the burnout-fest known as the Woodward Dream Cruise in metro Detroit, Dodge is releasing some special Charger and Challenger models. But these new Challenger T/A and Charger Daytona models are far more than just existing cars with new colors. Some serious performance upgrades, borrowed from the halo Hellcat and Scat Pack models, make these special editions worthy of your attention.

The Challenger T/A starts as a 375-horsepower, 5.7-liter V8-powered Challenger R/T. It adds Dodge’s cool “Air Catcher” headlamps (like the Hellcat) with LED T/A logos, a new ducted hood, an active exhaust system, and one-inch-wider forged aluminum wheels. There’s also a Super Track Pak available, with a half-inch lower suspension, Bilstein shock absorbers, better brakes, remapped stability control, and Goodyear Eagle F1 tires. A bunch of other heritage-inspired design upgrades are also available, including a satin black hood, T/A stripes, and more. Cost of entry: $37,390, or about $5,000 more than a base R/T. And did we mention you can have it in a sweet new color called Green Go?

Of course, there’s also the T/A Plus, with its Nappa leather seats, Uconnect 8.4 infotainment system, an upgraded audio system, and more convenience features. Plus, if you get the Super Track Pak, a lot of extra performance information is available through a screen in the Uconnect system. And if you need more, the T/A treatment can be had on the 485-hp Challenger 392, with its 6.4-liter V8 engine, new 20-inch wheels, and more. A T/A plus will cost $40,140; the 392 starts at $43,995.

Now for the Charger, and the new Daytona trim that harks back to the limited-production, NASCAR-inspired beast from 1969 (not to mention the Daytona models available from 2006-09, as well as 2013). With the 5.7-liter Hemi V8, the Charger gets a lot of the same upgrades as the Challenger T/A, including the active performance exhaust system, Super Track Pak with Eagle F1 tires, a 2.62 rear axle ratio, and a retuned automatic transmission. The base Charger Daytona starts at $39,890, or about $6,000 over a base R/T.

Don’t worry, the Charger 392 gets the Daytona treatment, as well, with direct cold air induction, a 3.09 final drive ratio, and limited-slip rear axle. Brembo brakes help stop the big brute, 20-inch wheels, special fender decals, and all-season performance tires. $44,995 will snag you one of the Daytona 392 models, which actually slots it between the R/T Scat Pack and SRT 392 model in the overall Charger lineup.

Both models go on sale later this year, with production starting in October. We’ll have more official photos and information available in short order, and we’re already chomping at the bit to get our first test of these cars out on the road.