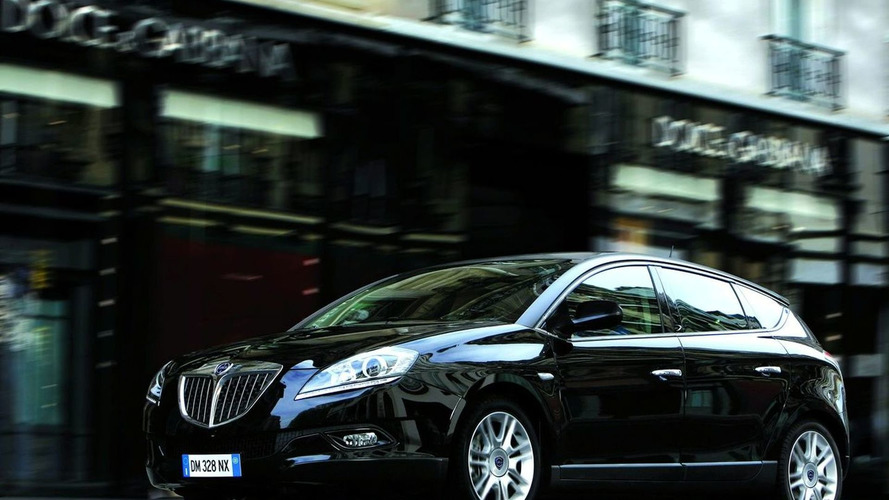 The Fiat C platform which was also used for the current Fiat Bravo provides the base for the new model – albeit heavily modified which a slightly longer wheelbase coming in at 2.7 meters (as opposed to 2.6 meters for the Bravo).

Many of the Bravo's engines make it into the Delta starting with the 120bhp and 150bhp 1.4-liter Turbojet engine along with the 120bhp 10.6-liter Multijet engine. For those look for a little more power, there are 190 bhp 1.9-liter Twin Turbo MultiJet and 200 bhp 1.8-liter Twin Turbo Jet engines available, a 165 bhp 2.0-liter Multijet engine completes the lineup.

The design is the work of the Lancia Style Centre featuring Lancia's imposing signature single grille with the vertical bars along with the sporty evil-eye headlights sporting a row of LED daytime running lights. The smooth overall profile shouts out the quality of European styling and its high slanting curved rear appearance makes it neither a hatchback nor a wagon, the LED rear lights complete the high-tech look. The designers have also gone that extra step with the two-tone livery using a laborious painting process which takes 6 hours longer than the conventional painting methods and add to the overall look of the vehicle and we hope it erases the rusting reputation the brand earned in the 80s and 90s with its previous models.

Check the press release below and subsequent pages for a more in detail look and click the link on the right to head over to the photo album for more than 50 images of the the Lancia Delta.