2018 Jeep Wrangler: Everything we know 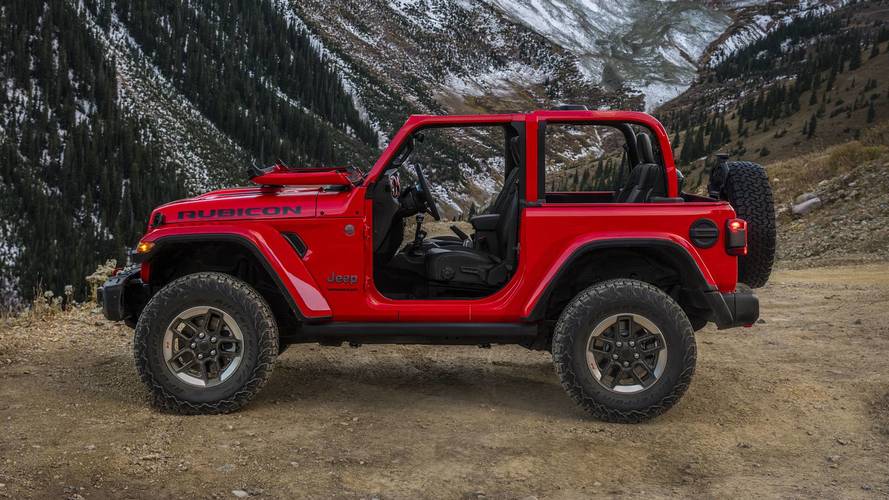 We’ve got even more to tell you – and show you – about the next-gen Wrangler.

Update: As we get closer to the Wrangler’s debut, we’ve uncovered even more about it. Here’s everything we know so far about the next Jeep Wrangler.

Think of an off-roading SUV, and the Jeep Wrangler is almost certainly the first thing that comes to mind. The current version of the Wrangler, known by the internal code JK, has been around for a decade. It’s still unfailingly popular, with U.S. sales regularly topping 19,000 units per month – roughly on par with models like the Ford Explorer and Chevy Malibu. That popularity is unlikely to wane anytime soon, as an all-new Wrangler, possibly called the “JL” generation, is in the works.

Jeep released three photos of the 2018 Wrangler in early November. They give us a great look at the SUV's design ahead of its full reveal.

As ever, the new Jeep Wrangler will be a traditional body-on-frame SUV that can tackle the toughest terrain around. Jeep won’t sacrifice any of the current model’s toughness or off-roading abilities, but engineers will attempt to modernize the SUV in nearly every way. Like the latest Ford F-150, much of the bodywork will be made from aluminum, helping the new Wrangler shed serious weight, and extra attention will be paid to reducing fuel consumption. Today’s Wrangler is rated at only 17 miles per gallon city and 21 mpg highway (in two-door form), so there’s room for improvement. The success of the aluminum Ford F-150 will no doubt help the Wrangler’s case against converts, as the pickup truck already proved that aluminum can still provide plenty of durability for a rough-and-tumble vehicle. A leaked document from supplier Alcoa reveals that the company will provide aluminum for the doors and hood of the new Wrangler; it’s possible other body panels will also be made from the lightweight material, too.

Many design cues from today’s Wrangler will continue to the next one. Photos show it’ll still be a boxy, upright affair, with a prominent slotted grille up front. The grille should be slightly more curved than before, and notably, the windshield won’t be as upright as on today’s Wrangler. That and other mild styling tweaks will help improve aerodynamic performance and reduce drag, which should pay dividends not only in fuel efficiency, but also in acceleration and wind noise. It appears the Wrangler will still offer a flip-up rear window and a side-opening tailgate, too. Click here for a closer look at how the new Wrangler has changed.

Our spy shooters have captured a few shots of the inside of a Jeep Wrangler prototype, and it looks like there and a handful of tweaks to keep the interior fresh while maintaining classic Wrangler cues and the ruggedness Jeep owners expect.

At its base, the next Jeep Wrangler will most likely use an updated version of the current model’s V6 engine, mated to an eight-speed automatic instead of the dated five-speed. We’re also likely to see a turbocharged inline four-cylinder engine, possibly rated for about 300 horsepower, codenamed “Hurricane.” It would be an option for buyers who wanted to save money at the pump. The Wrangler is also slated to offer a turbodiesel engine option, which was revealed in a slideshow that detailed how parent company Fiat Chrysler Automobiles would continue to meet increasingly strict emissions rules in coming years.

In addition to the diesel and four-cylinder, the Wrangler will go green thanks to the addition of new hybrid powertrains. Though little is known so far, look for both mild-hybrid and full-hybrid options. They’re probably aimed more at casual, everyday Wrangler owners who want better fuel economy; we imagine hard-core off-roaders would stick to traditional powertrain options.

Jeep is also going to launch the long-awaited, long-rumored Wrangler pickup. With an open cargo bed to haul gear over any terrain imaginable, the Jeep truck will arrive just in time to do battle with a refreshed midsize truck segment that includes the Toyota Tacoma and Chevy Colorado/GMC Canyon. Based on our spy photos, the Wrangler pickup truck will also have a four-door cab.

The Jeep fans at JLWranglerForums.com have sketched out what the pickup variant might look like. As the spy photos intimated, we can probably expect a four-door body with an abbreviated rear end producing an open truck bed.

Our most recent information suggests we'll see it at the 2017 Los Angeles Auto Show this November. That tidbit came from an FCA product slide showing the car's debut in November of this year. That slide also said that production of the new Wrangler would begin in Ohio in the fourth quarter of this year.

The pickup version, meanwhile, will arrive one or two years later; Jeep brand chief Mike Manley has said it will debut by 2019 or 2020.