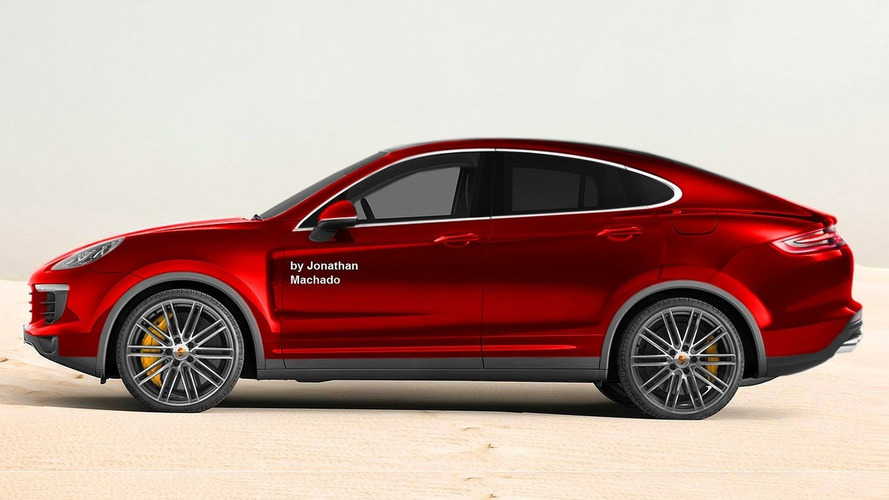 After seeing our spy images of a 2017 Porsche Panamera prototype with a significantly increased ground clearance, Motor1 reader Jonathan decided to try and envision the so-called Cayenne Coupe. Bear in mind the model is unlikely to come out sooner than 2018 taking into account the regular third-gen Cayenne is pinned for a launch in the second half of next year.

The model will have to battle the BMW X6 and Mercedes-Benz GLE Coupe in the niche of crossover coupes created for people that want to stand out. As it’s the case with its two rivals, the Cayenne Coupe (or whatever it will be called) is going to be more expensive and less practical than the standard model.

Watch Porsche Cayenne 'Coupe' Get Stalked On A Rainy Day

While the attached speculative render shows the vehicle with the 2017 Porsche Panamera’s taillights, the real deal will grab them from the 2018 Cayenne with some changes here and there to further separate the two. The sloped roofline will have a negative impact not only on rear headroom, but also on the trunk’s capacity which will decrease compared to the equivalent non-coupe Cayenne.

Some are saying the new derivative will be more than just a coupe-ified Cayenne as it will allegedly spawn a full-electric version with hardware adapted from the production-ready Mission E. The weird-looking Panamera prototype we mentioned in the beginning reportedly had an electric powertrain and Porsche was testing the regenerative braking system. If it will turn out to be true, the model will have the edge over its two rivals (and the upcoming Range Rover Sport Coupe) by offering a pure electric version. That being said, we are not expecting the EV model to come out this decade taking into account the Mission E is not due until late 2019 or early 2020.

Regardless of what will power it, the model is a sign crossover coupes are here to stay. For some reason, there is enough demand for such an odd body style to keep it alive. The upcoming BMW X2 is another example of the growing niche, and keep in mind that sooner or later there will also be an Audi Q4.