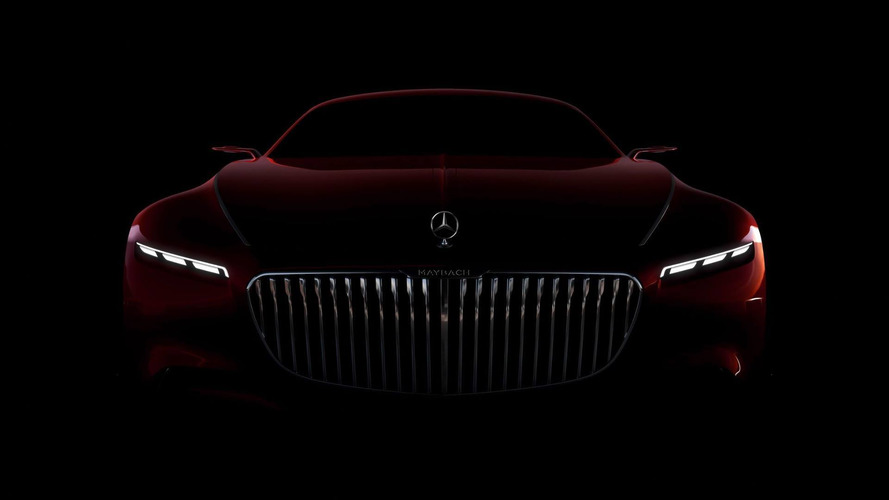 Mercedes-Maybach dropped a teaser image of its super-luxurious coupe earlier this week in which it showed the silhouette of the concept. Now, a second pic has been released on Facebook and it depicts the vehicle’s front fascia. It seems the company has plans to bring back Maybach’s traditional grille with vertical slats which will have a chrome finish and will be flanked by a pair of very slender three-point LED headlights.

Also noticeable is the central fin on the hood that appears to have some metallic accents on its extremities. Unsurprisingly, the concept does not have conventional side mirrors as these have been replaced by cameras to lend the coupe a sleeker appearance.

Along with the second teaser pic, we also have a name: Vision Mercedes-Maybach 6. The number ‘6’ is obviously a reference to the car’s generous length of almost six meters (19.7 feet). As for the word ‘vision,’ it’s probably the company’s way of saying how it sees the future of an ultra-posh coupe. According to Auto Express, the concept will morph into a production version as early as next year when it will be positioned above the S-Class Coupe.

We’re seeing this concept as a follow-up to the spectacular 2004 Maybach Exelero which remained strictly a one-off. We will have to wait to find out whether the concept here will actually be a regular production model. If it will, a V12 engine would be the obvious choice for power. After all, there's plenty of room underneath that massive hood.

The Vision Mercedes-Maybach Vision 6 will premiere on Thursday, August 18.

Note: Attached below are the original teasers and the ones modified by us to reveal more details.