Best look yet at the Skoda Kodiaq 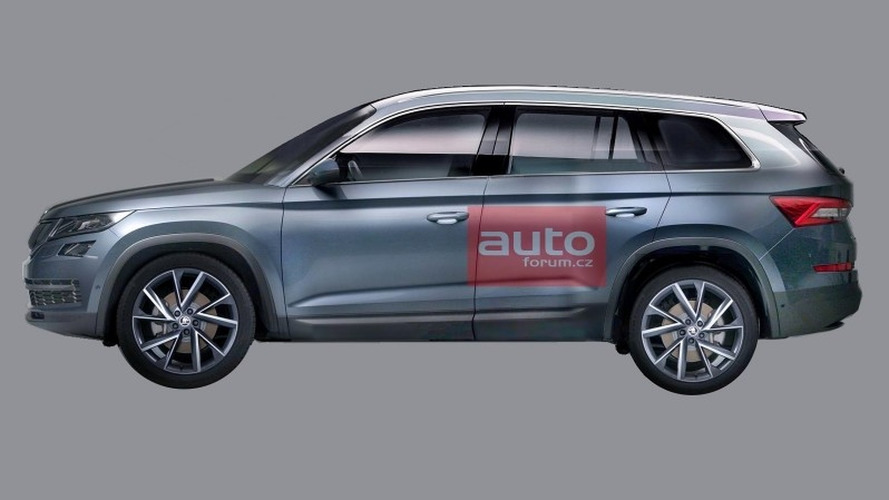 Skoda's official teasers digitally manipulated to reveal most of the design.

Our friends from AutoForum.cz were tired of waiting for Skoda to finally reveal its seven-seat SUV, so they decided to play around in Photoshop with official teasers in order to reveal the design. Well, at least most of it. Here’s a fun fact: Skoda’s chief designer Jozef Kaban who worked on the Kodiaq’s styling is also the same man responsible for the appearance of the mighty Bugatti Veyron.

The first ever seven-seat SUV to come from Czech Republic was previewed earlier this year by the VisionS concept, and the similarities between the two are quite obvious. After all, the concept was molded after the production version’s real design.

As you would expect from a Skoda, the Kodiaq is going to be hugely practical and in five-seat guise will have a cargo capacity of 2,165 liters (76.4 cubic feet) with rear seats folded. Almost 4.7 meters (185 inches) long and with a 2.79-meter (109.8-inch) wheelbase, the high-riding model is going to offer 270 liters (9.5 cubic feet) of trunk space with all the seven seats in place.

Unsurprisingly, the Kodiaq will source its engines, gearboxes, and drivetrains from other MQB-based products of the Volkswagen Group. It will be available in both front- and all-wheel drive flavors and will be optionally sold with adjustable dampers as seen in the Octavia (2017MY) and Superb. The usual ‘Simply Clever’ kit will also be there to make your life easier, including door-mounted umbrellas and a removable torch in the trunk.

The Superb SUV as we like to call it will celebrate its premiere on September 1 at a special event which will be organized in Berlin, Germany. A public debut is scheduled a month later at the Paris Motor Show, with sales to kick off either by the year’s end or early 2017.

Gallery: Best look yet at the Skoda Kodiaq