What if Tesla's ‘new kind of pickup truck’ will look like this? 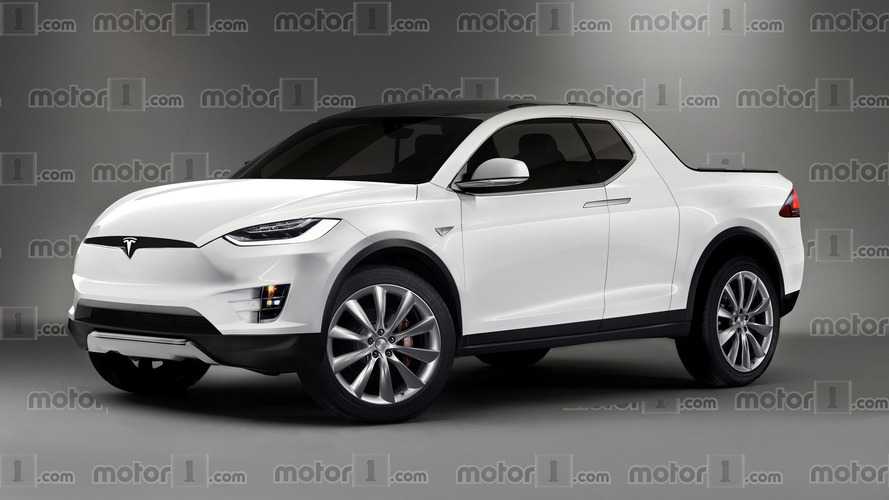 We know it's coming, so here is how we're seeing it.

The idea of a Tesla pickup must have sounded absurd back in 2008 when the Lotus Elise-based Roadster was launched. However, since then, the company has shown tremendous growth and now they have a total of three models in their lineup. To be fair, the Model 3 is set to enter production next year, but you can already order one. Looking into the future, the lineup will be expanded to include a Model X-based minibus, a compact crossover, a semi-truck, and a pickup truck which we have decided to speculatively render.

In the second part of the company’s master plan, Elon Musk referred to it as a ‘new kind of pickup truck.’ We don’t know what that actually means, but you can imagine it will be entirely electric. The instant torque provided by the electric motors will prove to be ideal for hauling, so Tesla’s forthcoming workhorse will likely create a stir in the challenging pickup segment.

Tesla has already announced the pickup will be based on the Model 3, so it means it will have a compact size and the design will likely take cues from the recently facelifted Model S. Expect to see a grille-less front fascia like in the attached digital illustration which proposes a stylish pickup with a short bed capable of carrying small items.

We will have to wait a considerable amount of time for the real deal, though. The main priority right now in Palo Alto, CA is the rollout of the Model 3. It will be followed by the compact crossover dubbed ‘Model Y’ and most likely by the minibus and semi-truck taking into account the last two will be previewed by concepts in six to nine months.

In other words, we wouldn’t hold our breath for the launch of a Tesla pickup, let’s call it ‘Model P’, until at least 2019.

Gallery: Would This Tesla Pickup Truck Make Any Sense?