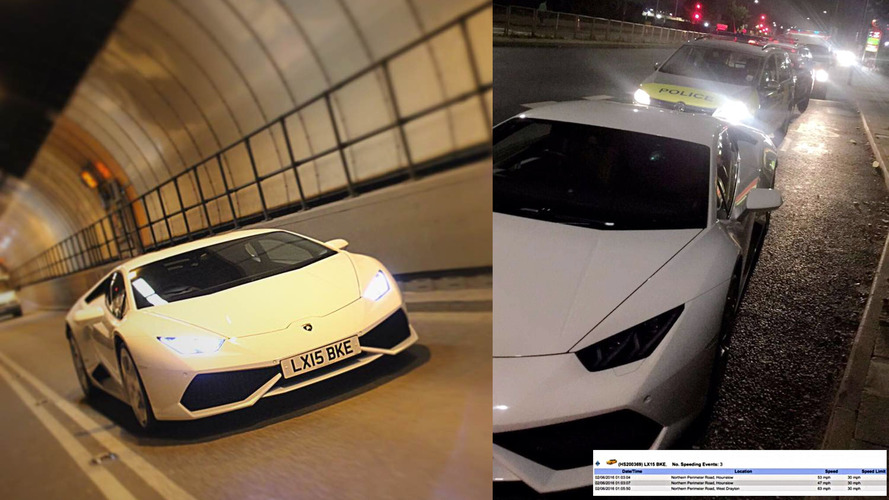 At more than twice the speed limit.

Two officers of London’s Metropolitan Police have been disciplined after they went for a joyride in a Lamborghini Huracan that had been wrongly seized for being uninsured.

One officer was given three points on his driving license for driving at more than twice the speed limit in the car, while the other is subject to ‘management action’.

In June, the officers stopped the Lamborghini, which belongs to rental company City Supercars and was being delivered to a client, after checks showed it was uninsured. Owner Erwyn Mackee explained over the phone that the company had just changed insurer and that the national Motor Insurance Database had not yet updated. Evidence to that effect was provided, but the car was seized regardless.

When the car returned from the impound the tracker revealed that, after it had been seized, it was driven at 63 miles-per-hour in a 30 mph zone. Speeds of 47 mph and 53 mph in the same zone were also recorded.

“The officer was just being unreasonable and out of hand on the phone to me,” Mr. Mackee, a lawyer, said. “I was just trying to explain the facts calmly. He was just off his head - it was very frustrating. All the other officers I dealt with throughout the process were very reasonable and could understand basic logic.

“As an officer who has the power to do lots of things, the officer must have reason and ability and common sense and intuition and be able to listen to arguments and respond accordingly. If he doesn’t have those qualities he shouldn’t be an officer.”

After the incident, Mr. Mackee submitted a formal complaint to the Met Police, which has reportedly led to the force changing its policy on how roadside insurance checks are carried out.