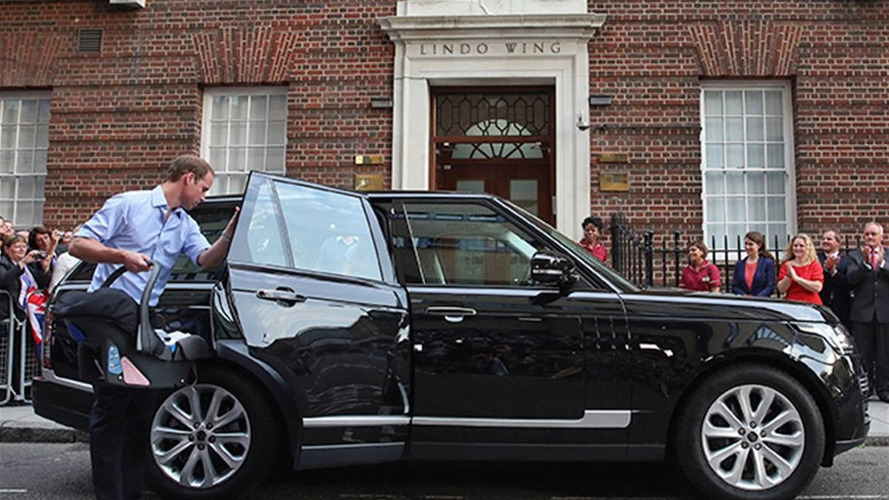 It's the very one used by William and Kate to bring newborn Prince George home from hospital.

Possibly the single most famous Range Rover in the world is up for sale. The very same Range Rover used by Prince William and Princess Kate, Duke and Duchess of Cambridge and the future King and Queen of England, to bring the newborn Prince George home from hospital, an event seen by millions across the world. Having served its time on the Royal fleet it is being auctioned off, with the proceeds going to charity.

The car in question is a 2013 Range Rover SDV8 Vogue SE, with a 335 horsepower, 4.4-liter diesel engine, finished in Santorini Black. It’s actually quite an early car, the ‘62’ registration plate indicating it was registered before February 28 of 2013; deliveries of L405-generation Range Rovers had started only a month or two before that date.

It was bought by the Royal Household through the Land Rover VIP programme, and specced with just about every option that was available, including a sliding panoramic roof and an electrically deploying tow hitch. William and Kate have used it as their personal car, and it has covered 31,000 miles.

At the time of writing, bidding on the Charity Stars website stands at £49,970 ($65,332), with three days left. That’s actually less than any other example of the model with similar mileage would retail for; cars with Royal history tend to attract a premium, depending on who it was used by. This car’s connection to perhaps the best-loved members of the Royal Family, and its involvement in one of the most iconic events in recent British history, will surely see it sail past the £75,000 ($98,000) reserve.

Proceeds go to Sun Screen IT and Stand Down.