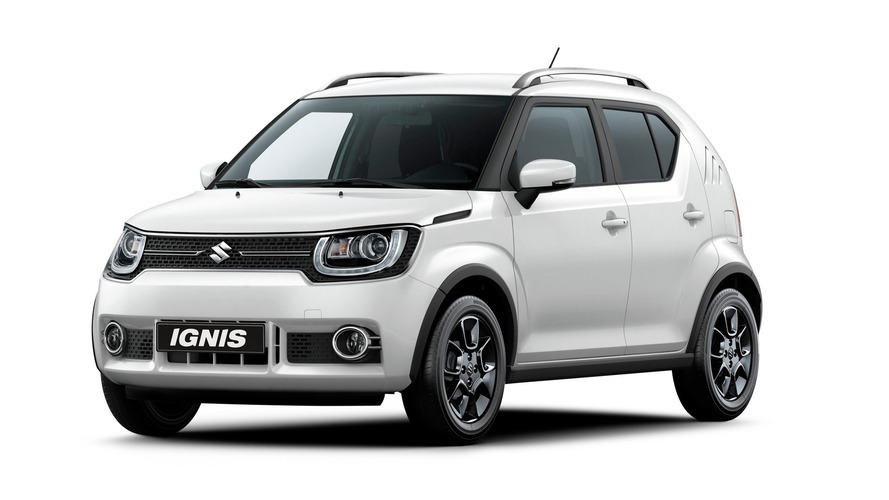 Japanese manufacturer Suzuki has confirmed its new Ignis miniature crossover will make its debut at the Paris Motor Show in October.

It’s a chunky little thing with unashamedly retro styling cues, the cut-off rear end and faux C-pillar vents harking back to the SC100 minicar of the 1970s.

Underneath is an all-new platform. Most buyers will no doubt spec the front-wheel-drive version, though four-wheel-drive will be available too. So it’s not just a jacked-up, city-size hatchback. But whether it’s as capable off-road as its only real rival, the Fiat Panda 4x4, remains to be seen.

Engine choice hasn’t been confirmed yet, but it’s expected the Ignis will be available with 1.2-liter, four-cylinder Dualjet and 1.0-liter, three-cylinder turbo Boosterjet motors. There will even be an SHVS mild hybrid version, which harvests braking energy and sends it to the starter motor, increasing the efficiency of the stop-start function.

This new Ignis was previewed by the iM4 concept shown at the Tokyo show in 2015. The name first appeared between 2000 and 2008 on another small, jacked-up hatchback that was, in effect, a crossover before crossovers became A Thing. Unlikely - and ungainly - as it seemed, the Ignis took the first of Suzuki's three titles in the Junior World Rally Championship, P.G. Andersson winning the title in 2004.