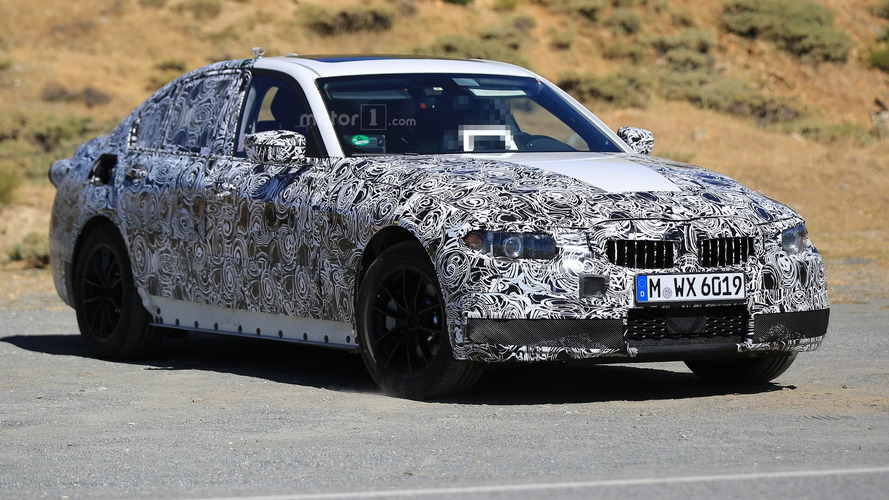 Likely coming by the end of next year or first half of 2018.

BMW facelifted the current 3-Series a little over a year ago, but with the Audi A4 and Mercedes C-Class breathing down its neck, Bavaria’s best-selling model has to keep up with the times to keep those sales numbers high. As such, in the past few weeks we’ve been posting a great deal of spy images depicting the next 3-Series (codenamed G20). Once again we are looking at an early test vehicle with provisional lighting clusters and without some of the body parts.

Talking about how it looks would be a waste of time because the car seems to be early in the development stages and it does not appear to have a lot of production bits, if any. Yesterday, our spies caught on camera the very same car and were able to take a look inside the cabin which was mostly carried over from the current model. However, it did have a partially digital instrument cluster and some other changes which are likely in tow for the new generation.

While the design will likely be on the evolutionary side both inside and out, underneath the familiar skin are going to be new underpinnings since the 2018 3-Series will use the CLAR platform which made its debut in 2015 on the 7-Series. In the case of the new 3, the switch to a more lightweight construction is expected to enable a considerable diet of up to 176 pounds (80 kilograms), according to Auto Express.

The array of three-, four-, and six-cylinder turbocharged engines will likely be evolutions of today’s units, with more power and improved efficiency. Speaking of which, it is believed a couple of plug-in hybrids are on the agenda, and according to the same magazine there might even be a pure electric derivative to take on the forthcoming Tesla Model 3.

It’s going to be a while until the next-gen 3-Series will be out since we are not expecting it before the end of 2017 / early 2018. BMW has a lot on its plate right now taking into account it’s putting the finishing touches on the 5-Series scheduled to go official in January at NAIAS in Detroit. It's also working on an expansion of the crossover & SUV family by adding an X2 likely next year and a range-topping X7 around 2019.