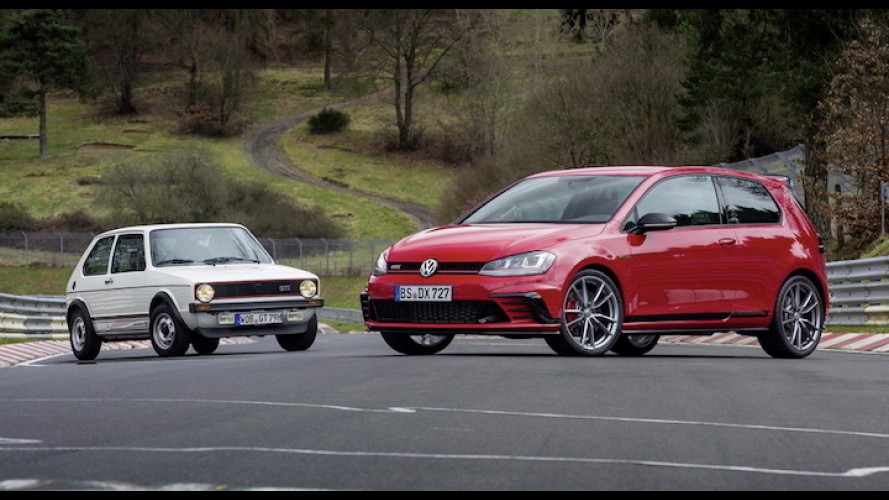 Did you want a 2017 VW Golf GTI Clubsport S? Well, unless you're one of the 150 people in the U.K. who already have a car locked down, you're plum out of luck.

Being the current record holder for fastest front-wheel drive car around the Nurburgring definitely appeals to buyers, especially in England where hatchbacks are given their due respect. The GTI Clubsport S is the most hardcore variant of the famous model, even more capable than the current official car of mountain town bros, the Golf R.

With 310 horsepower coming from a 2.0-liter TFSI four cylinder, the GTI Clubsport S will sprint from 0-62 mph in 5.8 seconds, and tops out at 164 mph. A six-speed manual gearbox is the only option, because this car isn't about 0-60 times, it's about lap-times, and actually engaging the driver. The aforementioned record at the 'Ring stands at 7 minutes 49.21 seconds, and a whole lot more than a potent four banger made that possible. Volkswagen made changes to a number of components and stripped the car of its rear seats, insulating material, the variable luggage compartment floor, the parcel shelf, floor mats and the hood damping to bring the dry weight down to just 2832 pounds. That's pretty damned impressive considering the original Golf GTI, which came out 40 years ago, weighed 1,785 pounds.