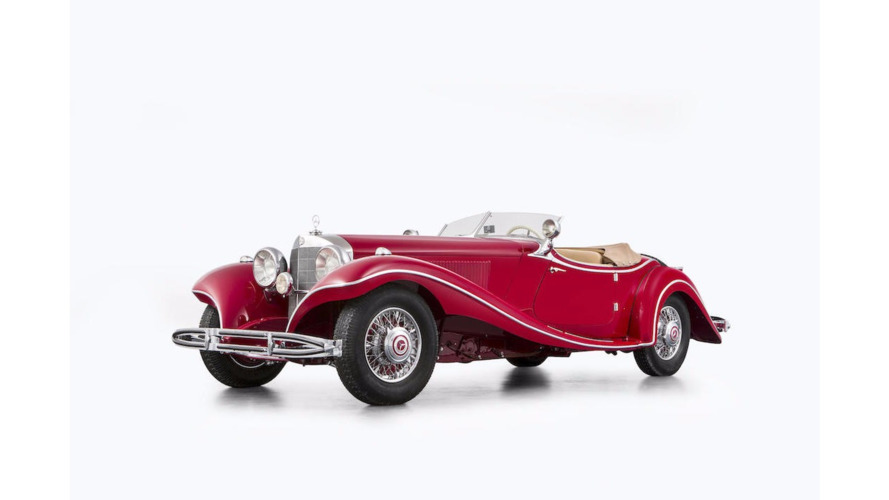 A thing of beauty with a very interesting story.

Mercedes-Benz made only 29 of these masterpieces, and this one right here has a remarkable background worthy of being transformed into a motion picture. Towards the end of World War II, the Allied troops found the car hidden on the estate of Hans Prym, a German industrialist who was sent to prison in 1945. The car then made the trip to United States and it stayed there for 66 years until a Dutch car enthusiast acquired the lovely automobile back in 2011 for £2.9 million (about $3.7M).

The story doesn’t end here, as shortly after buying the car, Frans van Hare decided to show off his new prized possession at an auto event organized in Essen, Germany. It was at that moment the 500K Special Roadster was seized by the authorities over a dispute regarding ownership. The grandchildren of Mr Prym alleged the vehicle was stolen from their grandfather, claiming the family effectively still had the ownership rights.

As a consequence of the dispute, the 30-year statute of limitation rule kicked in, so the German authorities decided to have the car impounded since the 30-year period restarted when the Mercedes 500K Special Roadster got back to Germany. In other words, the car was impounded on behalf of the original owner. As you would imagine, there was a legal battle between the Prym family and Frans van Hare, with the descendants of the original owner taking the win in 2012 when a court in Hamburg ruled the Allied troops did not have the right to snatch up the car.

Fast forward to present day, the family has decided to sell the car and it will be auctioned by Bonhams during the Chantilly sale in France on September 3. The auction house estimates the classic model - which is in ‘magnificent condition’ - will go under the hammer for €5M - €7M ($5.5M - €7.75). It could fetch even more than that seeing as how a 1937 540K Special Roadster grabbed €9M ($9.9M) at an auction organized by RM Sotheby’s in February.