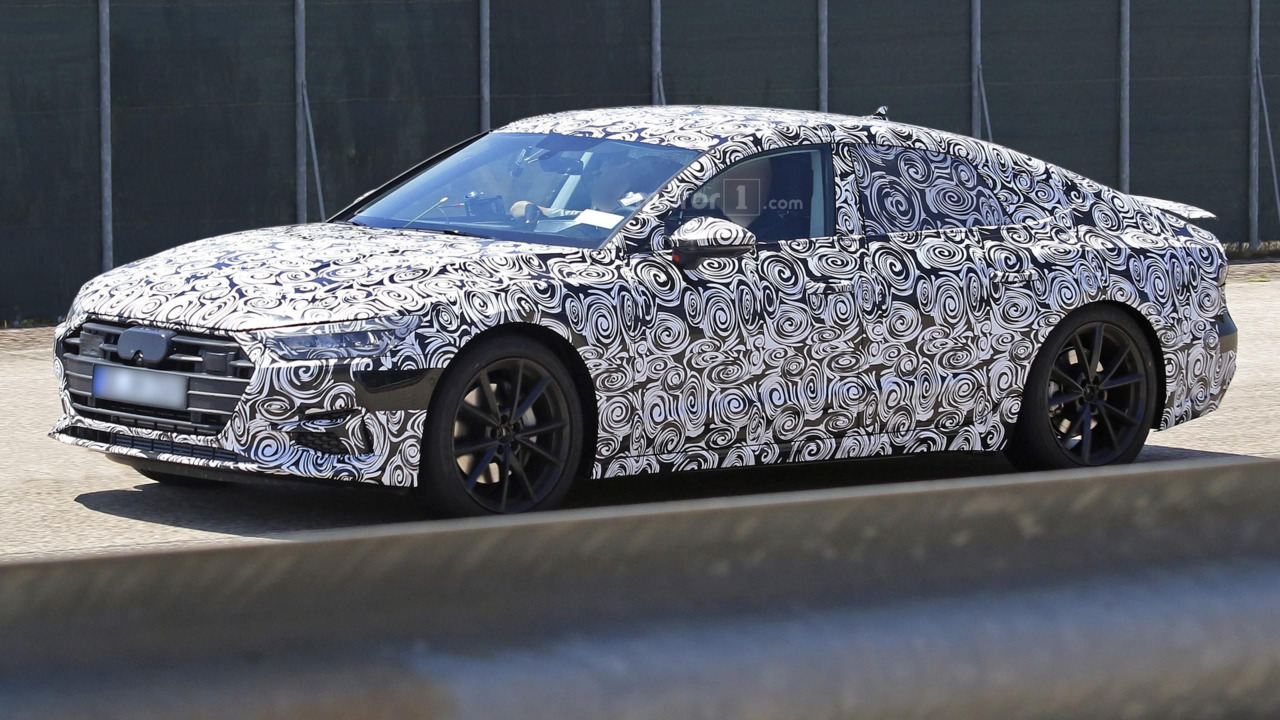 Looks sleek even though it's clad in camouflage.

It was only yesterday when our spies managed to take a few shots from afar of Audi’s next-gen A7 Sportback, and now we have far more revealing images to share. While the overall silhouette of the model has remained pretty much intact, there are quite a few changes which should give the four-door coupe an even sleeker body.

The prototype appears to have both production-spec headlights and taillights, along with most of the final body panels hiding the Prologue concept cues underneath an extensive amount of camouflage. The ‘more mainstream butt’ as pointed out in some of the reports seems to be true, but at least it’s different than what the next Audi A8 will have.

You will also notice the prominent character line and a massive grille which should lend the 2018 A7 an imposing appearance when viewed from the front. Interestingly, the exhaust tip is very small and it’s facing the road, so it could be a sign of an h-tron version featuring a hydrogen fuel cell setup. Let’s not forget Audi did show a concept for an A7 Sportback h-tron quattro almost two years ago at the Los Angeles Auto Show, so maybe the folks from Ingolstadt have plans for a hydrogen A7.

We don’t get a clear shot of the interior, but in some of the attached images we are able to see the upper area of the dashboard. Surprisingly, the cabin does not seem to be disguised at all, giving us the opportunity to check out the continuous air vent design in the same vein as the latest Volkswagen Passat and Audi Q7. That might not be the final look of the dashboard, so it’s better to wait for additional spy images with more evolved prototypes.

Taking into account the all-new A7 will be introduced after the next-gen A8 and A6, it means we will have to wait more than a year for the camouflage to come off to see the Sportback’s sexy body. With the aforementioned Prologue concept featuring a very beautiful design, there are reasons enough to believe Audi’s forthcoming design language will give birth to some appealing cars. The flagship A8 will lead the way and it’s scheduled to come out next year. 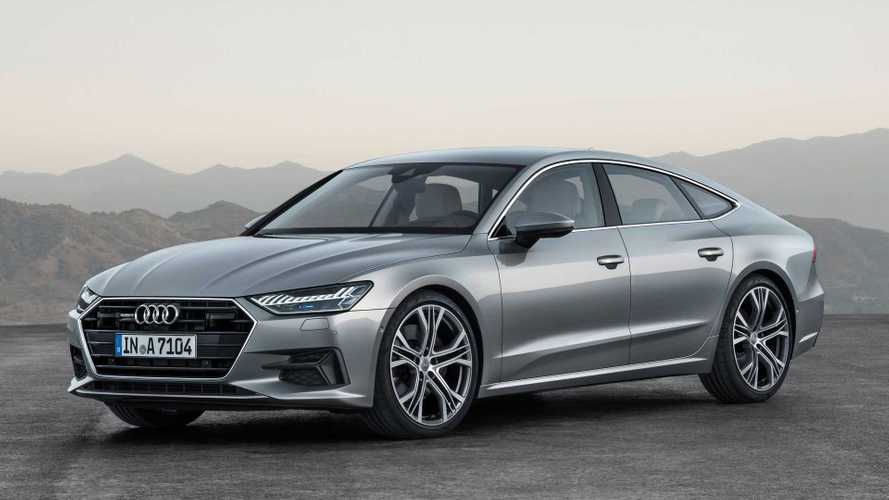