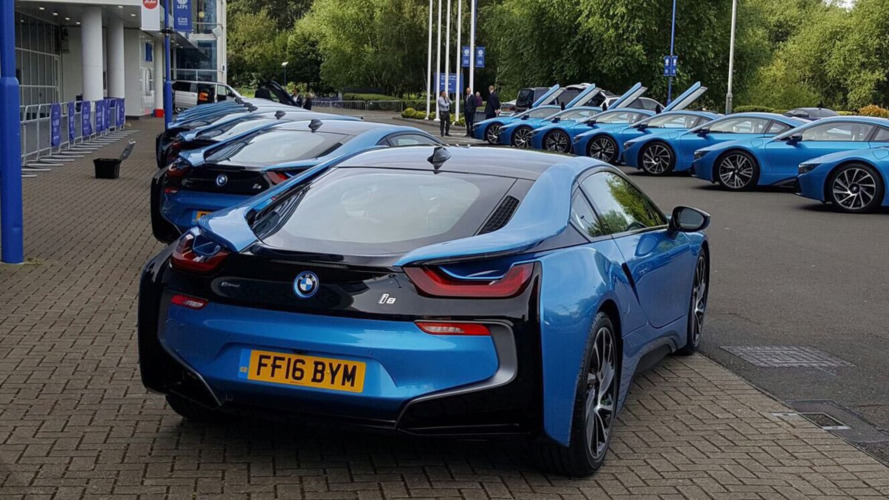 Leicester City's chairman Vichai Srivaddhanaprabha is feeling super generous these days, agreeing to pay almost £2 million (about $2.6M) for 19 brand new BMW i8s as a token of appreciation for the team’s surprising triumph in Premier League. Team coach Claudio Ranieri used a total of 23 players throughout the season, but N'Golo Kante, Yohan Benalouane, Andrej Kramaric, and Joe Dodoo will not receive keys of the plug-in hybrid sports car. All four players have made the switch to other teams since winning the title, with the exception of Benalouane who has been loaned to Fiorentina.

Even though French midfielder N’Golo Kante was a key player last season, he’s not getting a BMW i8 because he has decided to join the rivals at Chelsea. As for Dodoo, he is now playing for Rangers in the Scottish Premiership, whereas Kramaric has signed with Hoffenheim to play in the German Bundesliga.

Srivaddhanaprabha is the fourth richest man in Thailand and besides handing out cars, he is also splitting evenly a £6.5 million ($8.5M) bonus as per the team’s bonus agreement with the Barclay's Premier League. While that sounds like a lot of money for most people, Leicester City’s chairman has a net worth of more than £2 billion ($2.6B), so suffice it say these acts of generosity won’t really have an impact on his wealth.

Some of the euphoria of winning the title is most likely starting to fade away after losing yesterday to Manchester United in the Community Shield game.