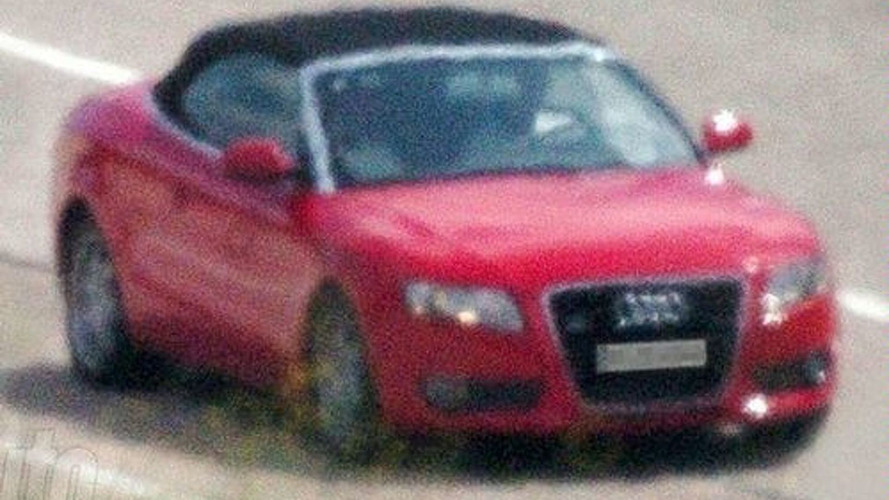 British site AutoExpress has managed to obtained this lonely low res photograph of the Cabrio whilst out on the public roads of Switzerland.

In September at the Paris Motor Show it is widely expected Audi will unveil the A5 Cabrio to the world's media, but prototypes of the new variant in the A5 range have stayed well and truly out of the limelight leaving the talented artists around the world taking their best guess of what the model will look like. That is of course until today when British site AutoExpress managed to obtained this lonely low res photograph of the Cabrio whilst out on the public roads of Switzerland.

Judging by the grainy texture it was taken by a passer by on their mobile phone and as the prototype is lacking any form of camoflage, we can tell this is a model not too far frommbeing unveiled for the public.

Under the hood the same engines from the coupe are expected to be offered with petrol engines ranging from the 168hp 1.8 liter engine to the range topping 261 3.2-liter V6 engine, diesel offerings include 2.7-litre with 190bhp and a 3.0-litre V6 TDI with 240bhp.