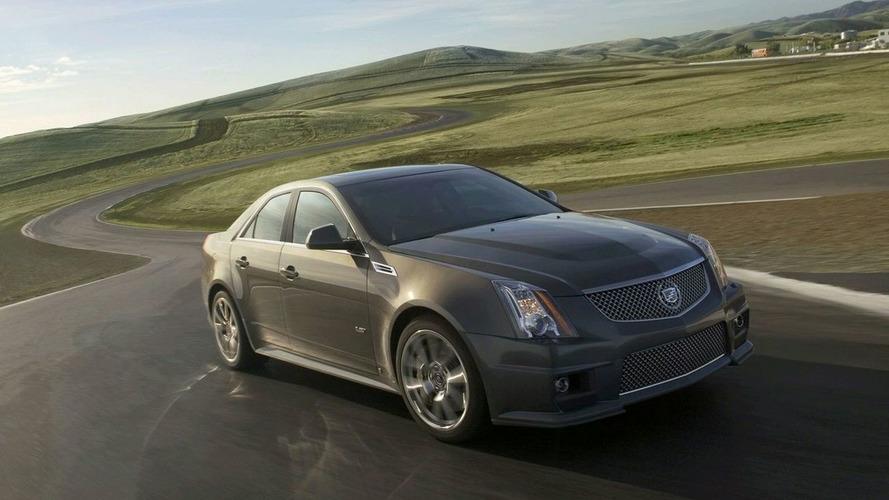 The 2009 Cadillac CTS-V is now officially confirmed to be a maker of 556 bhp, 551 pound-feet torque and other astonishing performance numbers.

Much has already been said of the upcoming Cadillac CTS-V. Much yes, but enough? We don’t think so. Anyone who claims to be capable of obliterating a BMW M5 deserves to be looked at much closer. This is exactly the claim of Bob Lutz regarding the 2009 MY Cadillac CTS-V. We know that big Bob is not one to hold back the swiftness of his tongue, but this time he may be on to something. Something quite special.

Previously we knew very little of the CTS-V but now official figures have been declared, along them a silent invitation to everyone out there to sample CTS-V. Who wouldn’t want 556 bhp foaming at the mouth at 6,100 rpm from under his right foot? What type of fool would say no to 551 pound-feet of torque at 3,800 rpm, both translating to a sprint time of 3.9 seconds 0 to 60 mph? Does it make sense to refuse something capable of a 12 second quarter mile?

GM is quite confident of these figures, big figures produced by an equally big engine measuring 6.2-liters in displacement and brided by a supercharger. At the driver’s disposal are two gearbox choices; one 6-speed automatic and one 6-speed manual. The auto will take you up to a 175 mph to end while with manual you can get as dizzy as 191 mph. Where would that leave the Europeans who limit themselves to a merely mortal 155 mph then? A good question. A better question however would be, exactly how talented is this American super athlete around places where the road ain’t straight? Was that 7m59s official time real?