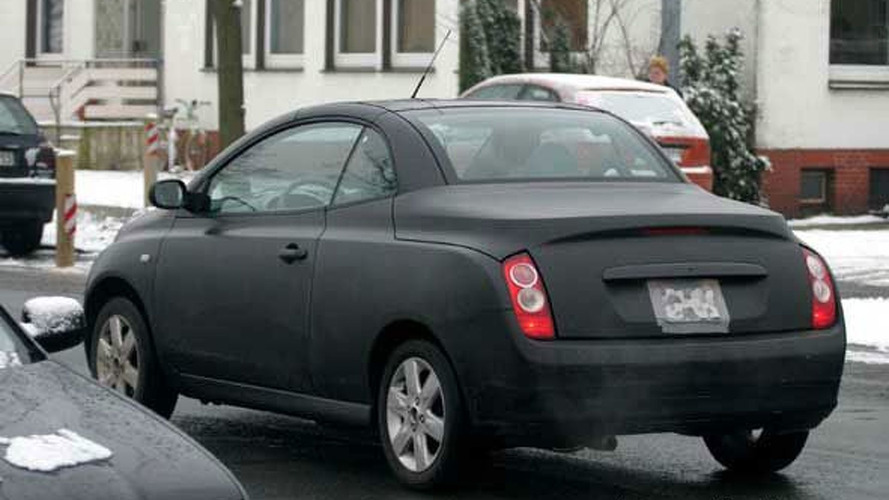 The 2006 Nissan Micra Coupe Convertible will have the same engines as the hatchback. Rumor has it that Nissan is trying to speed up final testing to unveil the coupe convertible for Frankfurt in September and try to catch the end of the summer season.  Sales will start immediately after.  Another point of uncertainty is whether the Renault 1.5dCi engine will be utilized or not.  If these issues are not settled by Frankfurt then a Paris premiere would also be more than appropriate since Renault owns 45 percent stake in Nissan.