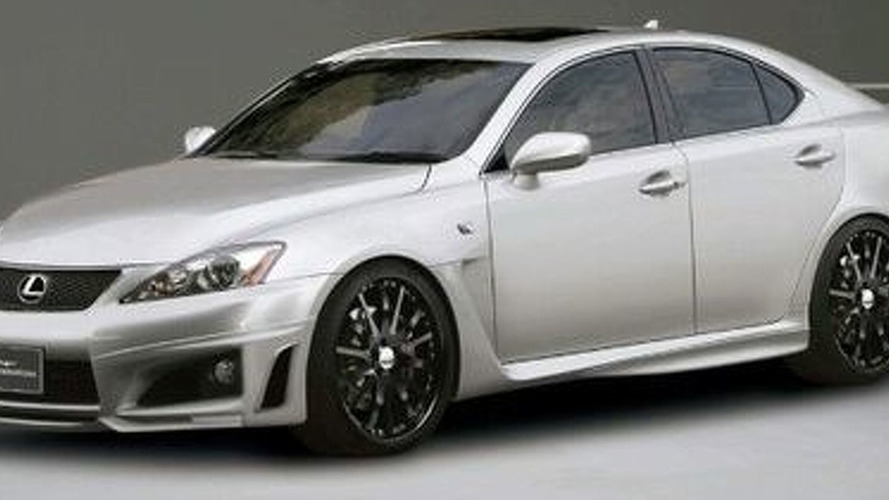 Despite a pretty formidable package under the hood the exterior styling does not show the aggression to match - this is where Japanese tuner Wald comes in.

The Lexus IS F was recently launched in Europe and the States following the successful introduction to its native Japan last year where it is going head to head with the likes of the BMW M3 and Mercedes C63 AMG. Despite a pretty formidable package under the hood where you will find the 417bhp 5.0-litre V8 engine mated to an eight-speed paddleshift transmission, the exterior styling does not show the aggression to match.

This is where renowned Japanese tuner Wald International comes in with this new tuning program for the high performance machine. The most notable feature on these newly surfaced photos is the addition of a new huge rear diffuser which optimizes air flow under the car, other features on the rear include additional air vents on the sides of the apron and a new rear wing. The front fascia gets small modifications with the a new front spoiler lowering the ride height and additional air-intakes on the sides.