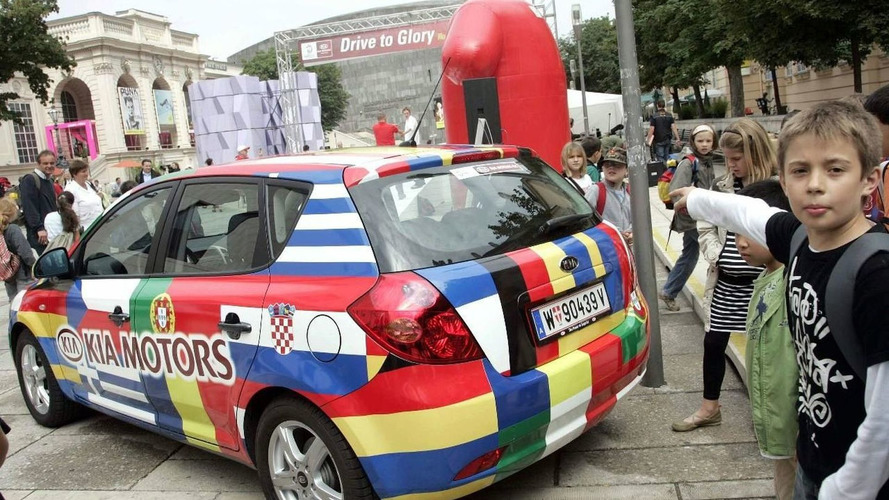 Kia is one of the major sponsors of the UEFA European Championship, Europe's most prestigious and challenging football tournament. As a part of their marketing activities Kia has dressed up 16 Kia cee'd cars in the participating countries colors.

Last Friday, June 6, Kia revealed the sixteen winning cars at Vienna's Museumsqartier in the 'Drive to Glory', a parade from Zilina, Slovakia to Vienna. The seventeeth Kia cee'd was covered with decals of all the participating countries' flags. The sixteen winners and their partners were then flown to Geneva to watch the match between Portugal and Turkey, which Portugal won 2-0.

Kia also awarded 31 kids with the honor to be 'Official Match Ball Carrier' at the matches. More than 500,000 12 to14 year old children entered the competition to win a three day package at the European Championship.