2017 Porsche Panamera on stilts could actually be Cayenne 'Coupe' prototype 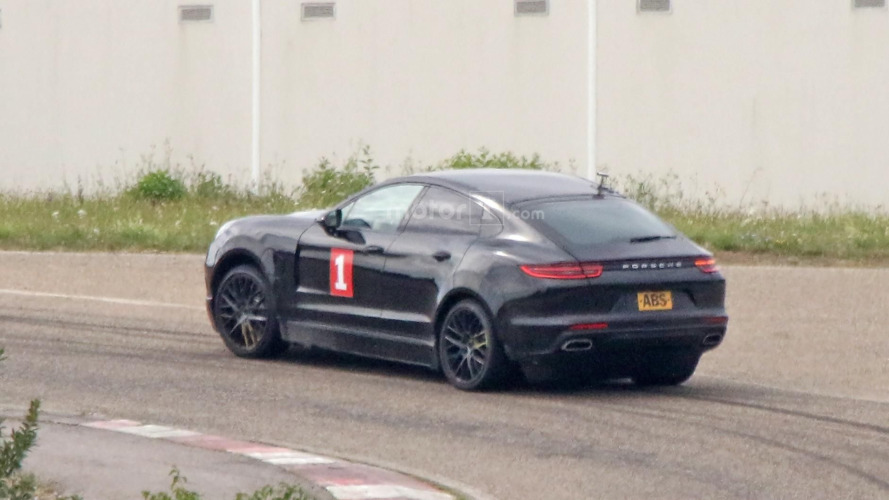 Is Porsche about to coupe-ify the Cayenne?

Not a lot of people will remember, but almost six years ago a tuner by the name of Merdad came out with a so-called Porsche Cayenne Coupe which was nothing more than the regular version sans rear doors. Since then, many rumors have emerged about a coupe-ified version of the SUV straight from Porsche and now it seems the model has received the stamp of approval.

While the attached spy photos are basically showing the 2017 Panamera on stilts, hiding underneath the skin is most likely a Cayenne ‘Coupe’, or whatever Porsche will call it. As indicated by the rear plate, the high-riding vehicle was caught on camera while performing ABS tests. We’re not entirely sure, but the car appears to be slightly wider and shorter than the recently introduced second-generation Panamera.

In addition, the front-left fender seems to have a cap for the charging port which would indicate the test mule is actually a plug-in hybrid. However, both the Panamera and Cayenne S E-Hybrid versions have that cap on the rear fender, so it might be fake, especially since its position seems a tad weird. Moreover, we're noticing a gap between the front fender and the door which could mean that's not even the real fender.

The engine lineup is not exactly a big secret since the all-new Cayenne and its ‘coupe’ counterpart will source most of it from the 2017 Panamera. In 4S guise, the new sedan from Zuffenhausen uses a biturbo 2.9-liter V6 engine with 434 horsepower (324 kilowatts) and 406 pound-feet of torque (550 Newton-meters). In Turbo specification, the much prettier Panamera is rocking a biturbo 4.0-liter V8 with 542 hp (404 kW) and 568 lb-ft (770 Nm) which will likely be carried over as well.

With the regular Cayenne pinned for reveal in the second half of 2017, it means the less practical version that will have a smaller trunk and quite possibly limited rear headroom will not see the light of day before 2018.