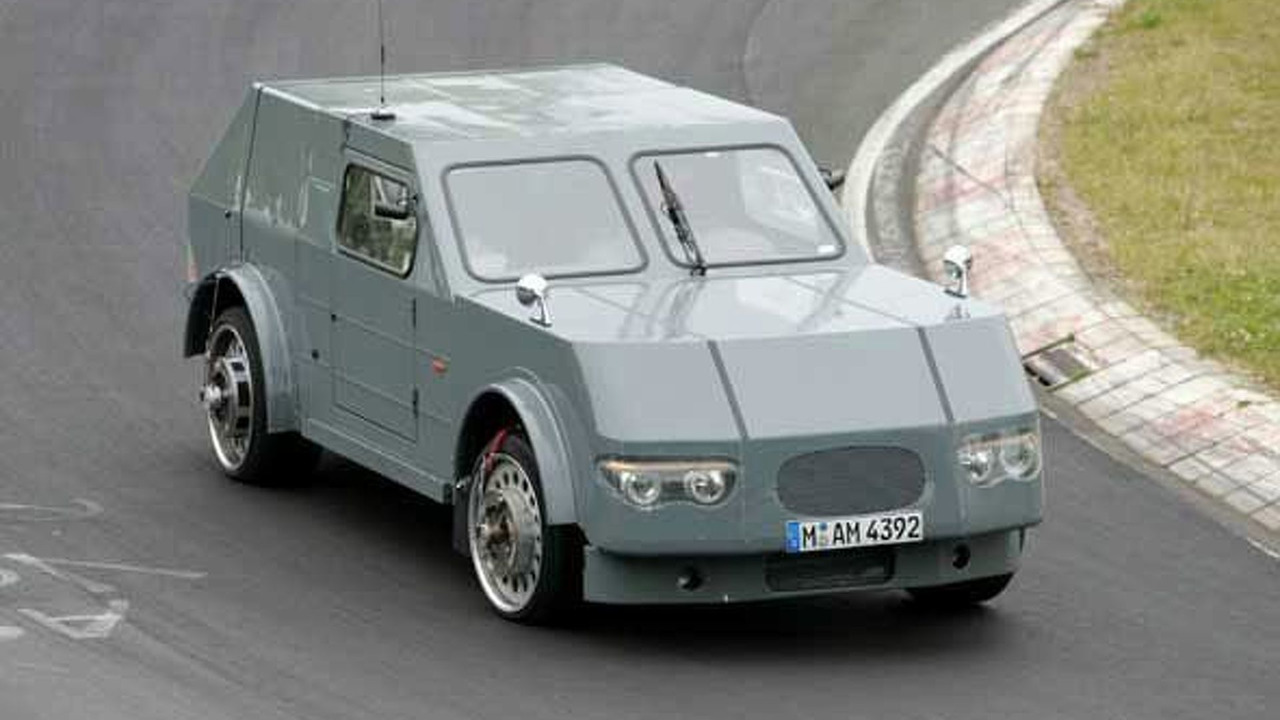 Known by BMW's development team as "Space Travel" the RFK is BMW's interpretation of what a space functional concept vehicle should be.  The RFK is also a first step in BMW defining new niches with unique products that take the next step as BMW designers attempt to shape the future. Extending the design language and exploring all avenues and possibilities for future products BMW now focuses its appeal to the individual customer.

Capitalizing off the success of existing new models BMW continues this process of developing a portfolio of unique "mobile communication statements" where design does the talking.  In addition to groundbreaking technology this portfolio group signifies a key element for BMW's long term strategy.  The RFK is seen as a niche product contributing to the broadening of this new portfolio.  Knowing this we can now understand that the BMW X Coupe Concept was not just a styling exercise. This concept still has an agenda.  In the future BMW will offer unique vehicles in each class as they differentiate themselves from the competition.

According to a BMW source, "The RFK will be a sleek fastback coupe-like vehicle although it will not be as spacious or plain as the R-Klasse (which is aimed at the US).  The RFK will appeal to the continental European. It will drive like a car, handle like a car and have the same weight distribution as a car".

As of now the RFK will feature a petrol twin-turbo engine from the forthcoming 335i, a twin-turbo diesel from 535d, a new twin-turbo V8 petrol with 450 bhp and a V8 diesel with 380 bhp.  A Hydrogen powered no-emission vehicle will also follow later as will probably a V12.  Dynamic Drive will enter its next phase which will include a new axle design developed especially for excellent driving characteristics in such a vehicle.

BMW intends to release two RFK's in intervals each based on different size platforms.  Seen here in the photos looking more like a WWII German tank is the first engineering prototype test mule using the 7 Series platform.  The second RFK will use an extended 5 Series Touring platform.  Along with full integration of iDrive apart from major functions the RFK will also spearhead iDrive functions that will download into the ignition key from home or office terminals so all settings are stored for each driver of the car. This includes vehicle settings, seat position, routes, drive preparation and music. The RFK built-in technology will also signal the forthcoming 7 Series in 2008.  Also undecided is the exact nomenclature for the RFK but it has been quietly referred to as the V Series (i.e. X5, Z4) with emphasis on "versatility".

While other manufacturers are looking at super wagons BMW calculates this would be commercial suicide.  BMW will unveil the RFK as a concept at the Frankfurt Motor Show in September as they want to show that they are not developing a "van".  The car should be ready for launch in 2008.