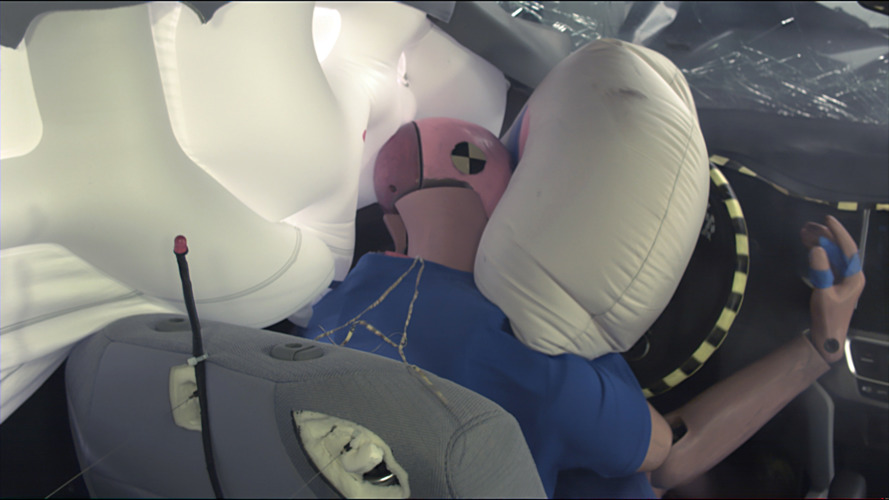 Potentially defective airbags could explode with too much force.

The National Highway Traffic Safety Administration (NHTSA) has opened an investigation into airbags made by ARC Automotive Inc. that could deploy with too much force. The investigation covers about 8 million U.S. vehicles, and was prompted when a driver was killed by an ARC airbag in Canada.

According to NHTSA and Automotive News, a Canadian driver was killed in July by an airbag in a 2009 Hyundai Elantra. That ARC airbag was made in China, but NHTSA says the U.S.-market 2009 Elantra did not use the same airbag.

NHTSA had already been looking into the safety of ARC airbags since July 2015. The agency had received reports of injuries due to “driver airbag inflator rupture” problems in a 2002 Chrysler Town & Country and a 2004 Kia Optima. The ARC airbag inflators use a “hybrid” design that uses an inert gas to inflate the airbag, and an ammonium nitrate propellant to deploy it.

NHTSA says that ARC reported that as many as 8 million cars with the affected ARC airbags were sold or leased in the U.S., in cars from Chrysler, General Motors, Hyundai, and Kia.

Airbags are increasingly under scrutiny after Takata was forced to recall millions of airbags that sometimes inflated with too much power, killing 10 people in the U.S.

The Office of Defects Investigation (ODI) is upgrading its Preliminary Evaluation of ARC Automotive Inc. (ARC) air bag inflators to an Engineering Analysis. ODI opened PE15-027 in July 2015 based on two injury incidents involving a driver air bag inflator rupture. One incident involved a 2002 Chrysler Town & Country that utilized a dual-stage air bag inflator. The other involved a 2004 Kia Optima that utilized a single-stage inflator. Both driver air bag inflators were manufactured by ARC, a tier-two supplier of automotive air bag systems, at their manufacturing facility in Knoxville Tennessee. All ARC driver air bag inflators are a hybrid design that fills the air bag by releasing an inert gas mixture stored in the inflator at high pressure. The gas mixture is augmented by an ammonium nitrate based propellant. The pressurized gas mixture and propellant are contained entirely within a hermetically sealed steel housing isolated from external atmospheric conditions.

Based on the age of the vehicles involved in the two incidents in the U.S., ODI focused on single- and dual-stage inflators manufactured by ARC from the start of production to September 2004. It is estimated that approximately 8 million inflators, both single- and dual-stage, were manufactured for use in vehicles produced by Chrysler, GM, Kia and Hyundai for sale or lease in the United States during that time frame.

The U.S. market model 2009 Hyundai Elantra did not use the single-stage driver air bag inflator produced by ARC in China. It is unknown at this time if any of the inflators manufactured in China were used in vehicles produced for sale or lease in the United States.

ODI's investigation will focus on determining the entire US population of ARC manufactured driver air bag inflators, single- and dual-stage, identification of affected vehicle manufacturers, and whether any single-stage driver air bag inflators manufactured at ARC's facility in China were used in vehicles produced for sale or lease in the United States. Additionally, ODI will conduct a program to recover the subject ARC inflators from vehicles in the field for further testing and evaluation in support of root cause analysis.