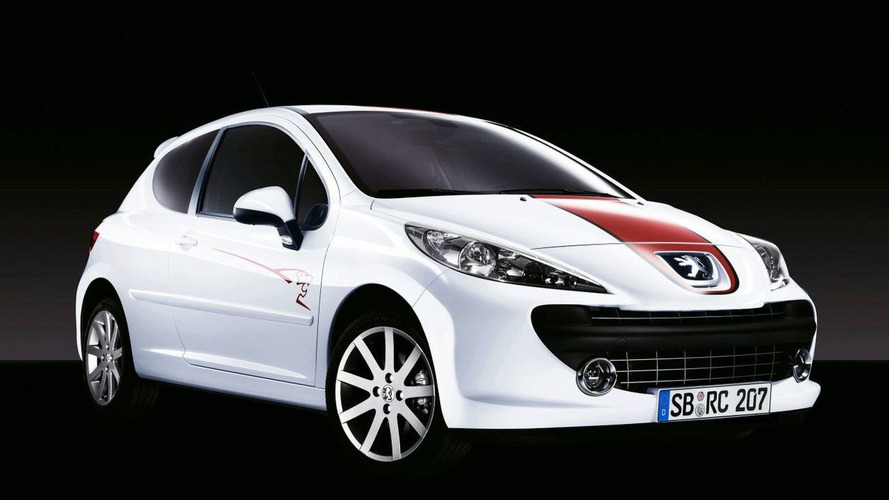 After just securing the top three positions in qualifing for the 24 hours of Le Mans endurance race, Peugeot has fittingly released details for a Peugeot 207 Le Mans Series special edition model. With only 2000 units to be produced, the 207 Le Mans Series is distinguished on the outside with a sport front bumper with Shadow aluminium grille and Black Chrome headlights with AFS. The body side moldings, bumpers strips and sideview mirror housings are painted body color, while a long racing stripe gets trimmed along the bonnet, roof, and rear spoiler. Other decal accents include a Peugeot logo stripping on the doors and Le Mans logos on the liftgate. Also special multispoke 17-inch Pitlane aluminium wheels set the tone of the vehicle. Exterior colours are Banquise White and Obsidien Black.

Carried over from the 207 RC, the interior receives grinium finish decor with front and rear bucket seats as well as RC front and rear mat covers. The steering wheel too, with a granium finish ring and numbered from 1 to 2000. The gearshift lever knob, pedal assembly, foot rest and door sill are in aluminium.