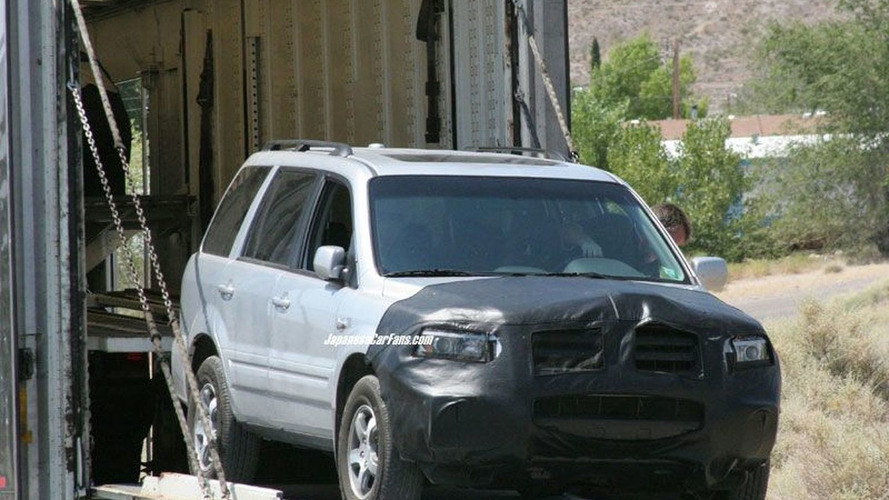 Acura announced over a year ago of their intent to offer a second light-truck vehicle, and we later found out that it would be close siblings to the upcoming and re-worked popular Honda CR-V. And like the CR-V (in North America, at least) it will be built in Marysville, Ohio.

We’ve seen two different RD-X Concepts in recent years, but the actual production vehicle will be closer to the Concept shown in 2005.

We’re expecting standard all-wheel-drive and a variety of Acura options, including their version on iDrive and a few luxury upgrades.

To most, these mild changes may go unnoticed, but NOT to Honda enthusiasts! They tend to notice ever the smallest changes - even in a piece of trim or the color of a knob.

So, to keep them happy - we've got a few picture of the 2006 Honda Pilot. Unfortunately it's wearing a bit of camouflage to hide the changes, but we're told that minor revisions have been made front and rear fascias, as well as sporting brand new headlamps.

The revised 2006 Pilot should be at dealerships sometime this coming fall.