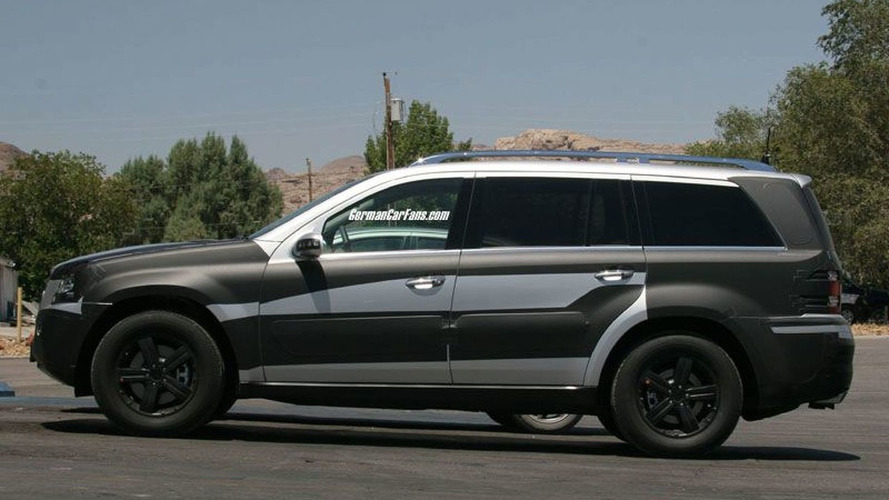 We are receiving conflicting reports from our sources regarding the new 2006 G-Class.  It has been suggested that these spy photos are actually a larger version of the new M-Class dubbed the MLX and not the G-Class.  If true, this would help clarify the model position of this SUV which clearly shows more resemblance to the M-Class than the G-Class.  Previously we reported the MLX-Class or MLK name to be reserved for the smaller SUV Mercedes is currently developing to compete with BMW's X3.  But with this new knowledge perhaps MLK (ala SLK) would be more appropriate and possibly the nomenclature strategy Mercedes is pursuing.  Nevertheless, this alleged MLX will be based on the same R-Class/M-Class platform and will have 3 rows of seats, air suspension and same engines as the M-Class in addition to the new AMG 6.3 liter V8 engine with 510 hp.  To be built alongside the M-Class and R-Class at the Tuscaloosa, Alabama plant, look for a Detroit debut in January and sales starting shortly after. If it is branded as a MLX then pricing could be only $5,000 to $10,000 more than the M-Class and if it's branded as a G-Class replacement expect pricing to be $15,000 to $20,000 over the M-Class.