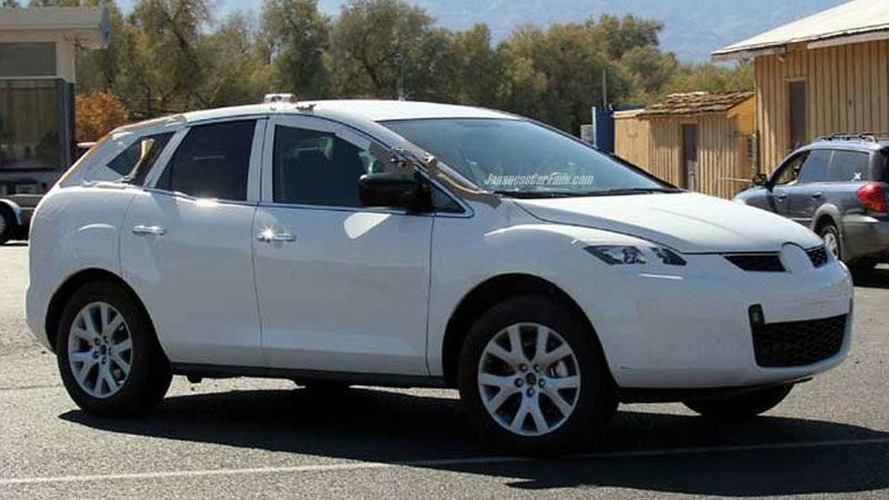 Mazda of North America announced in May the MX-Crossport Concept (debut at Detroit Motor Show in January) will go into production and be called the CX-7.  This new nomenclature designation for Mazda represents crossover/SUV type vehicle(s) in the model lineup just as MX(5) refers to piston sports car, RX(8) refers to rotary sports cars and MAZDA(#) refers to their core passenger cars.

The CX-7 will be almost identical in appearance to the MX-Crossport Concept but the interior will be much more sedate.  Engines include 2.3 liter turbo with front-wheel-drive and all-wheel-drive, 3.0 liter and 3.5 liter V6 engines.  The CX-7 will be exclusively built in Hiroshima, Japan.  Expect production version debut at Detroit 2006.