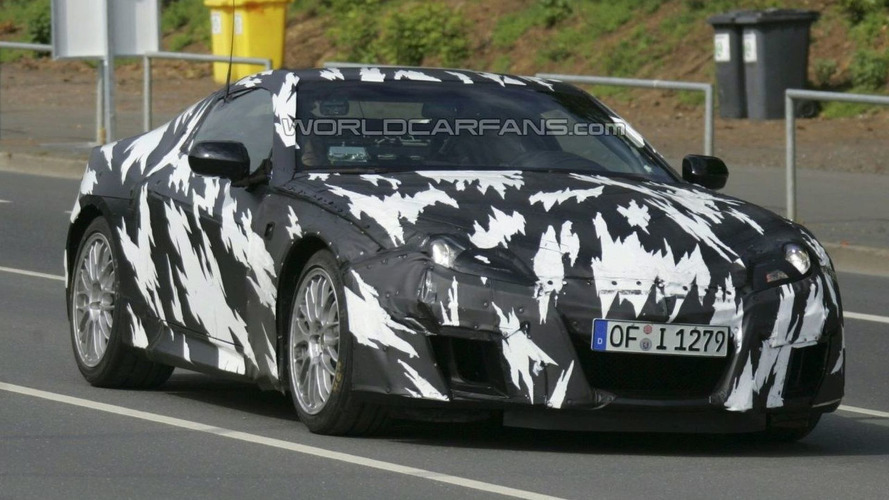 Honda were hardly likely to leave Nissan and Toyota to steal all the thunder in the supercar market as they look to provide some serious competition with its new NSX.

Honda were hardly likely to leave Nissan and Toyota to steal all the thunder in the supercar market as they look to provide some serious competition with its new NSX. Previously we had only seen prototypes of the new model sporting the body of the S2000, but now for the first time the model has come out showing its new body styling albeit with the annoying black and white camoflage.

Unlike the previous mid-engined NSX this prototype is running a front-mid engine, with its powerplant placed well behind the front wheels to ensure excellent weight distribution. This should also allow the new NSX to offer 2+2 cabin accommodation, broadening its appeal against the Nissan GT-R and Lexus LF-A - particularly in the USA.

What that engine is remains very much a mystery. There’s talk of a high-revving naturally aspirated V10, which would fit in very comfortably with Honda’s Type R philosophy. Honda’s not as obsessed as many by big horsepower outputs, but even so an output of 450 hp seems likely. Should such an engine be fitted to the sort of lightweight body as the previous NSX, the performance would be exceptional. Four-wheel-drive, with rearward bias, is also rumoured, the handling expected to be controlled by a version of Honda’s electronic Super Handling All-Wheel Drive.

The Honda NSX is not expected until 2009 and on top of its Japanese rivals it must also compete with the likes of the Porsche 911 Turbo, Ferrari F430 and the Lamborghini Gallardo.