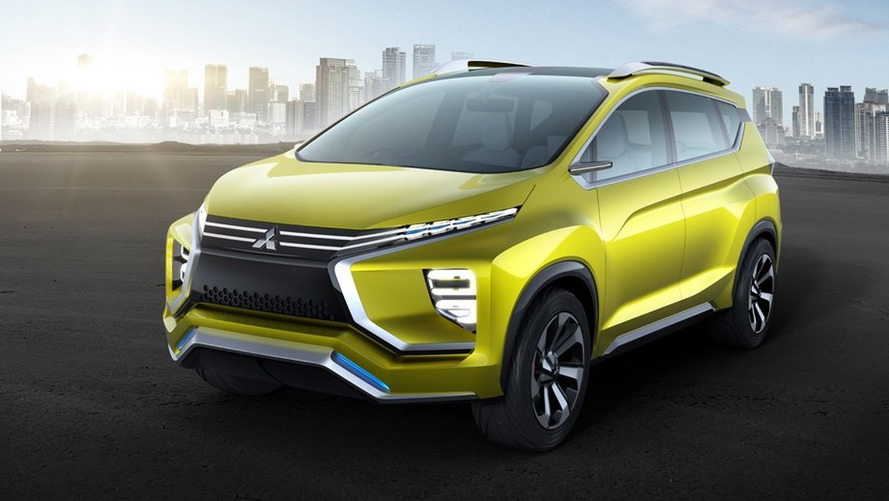 Foretells next year's production model set to be manufactured in Indonesia.

Citroën retired the ‘XM’ moniker in 2000, but Mitsubishi is bringing it back with a concept acting as a sneak preview for an Indonesian-built model which will mix crossover and MPV cues. It was pretty obvious from last month’s teaser the new concept would be heavily influenced by the eX from 2015, and now the fully revealing imagine comes to confirm our initial hunch.

That being said, the XM is not exactly a carbon copy of the eX as there are some differences between the two concepts. For starters, the XM seems to be larger and comes with bigger side windows. It has also received a pair of roof rails, while the side cameras have been repositioned and are now sitting at the base of the A-pillars.

Mitsubishi has not released any photos of the interior, but it does say the cabin has three rows of seats and is roomy enough to carry up to seven people. In addition, the XM concept benefits from a flexible seating arrangement as you would expect from a multi-purpose vehicle.

It’s unclear at this point what powers the crossover/MPV concept, although it probably has the same hardware as the eX which used an all-electric powertrain and came with an AWD layout. Mitsubishi does say the XM delivers 'high all-terrain performance,' so most likely power is indeed channeled to both axles.

We will know what’s what in a week from today when the concept will debut at the Indonesian Auto Show. The XM will be more than just for show as Mitsubishi has plans for a production model which will be assembled in Indonesia from October 2017 at a new factory in Bekasi Prefecture, West Java Province.

Tokyo, August 4, 2016 - Mitsubishi Motors Corporation's (MMC) MITSUBISHI XM* Concept, small crossover MPV concept car will make its world premiere at the GAIKINDO Indonesia International Auto Show 2016*2. The concept car fuses the toughness of an SUV with the versatility of an MPV.
·World Premiere of Small Crossover MPV Concept Car
The MITSUBISHI XM Concept uses a wide body and optimized layout to provide generous interior space that allows seven occupants to relax in comfort. The front end incorporates Mitsubishi Motors' Dynamic Shield front design concept that gives visual expression to its function of protecting occupants and the vehicle. A unique crossover/MPV, it will fuse SUV-like functionality along with SUV-like styling featuring deeply flared front and rear fenders that express stability and generous ground clearance that add sportiness to a sleek body that features free-flowing character lines. A small crossover MPV adopting features of the MITSUBISHI XM Concept will be produced starting from in October 2017 at a new factory located in Bekasi Prefecture, West Java Province to be commissioned earlier in the same year.
Joining MITSUBISHI XM Concept on the MMC booth will be passenger cars sold in Indonesia including the 2017 Miragesubcompact featuring a sporty and refined exterior makeover (Indonesia sales due to begin in August this year) and thePajero Sport (Montero Sport in some markets) midsize SUV which was selected for four awards including Car of the Year 2016*3.
1. MITSUBISHI XM Concept: Overview
1) Concept
2) Exterior design
3) Interior design
2. MMC Lineup at the GAIKINDO Indonesia International Auto Show 2016