Next Volkswagen Polo looks all grown up 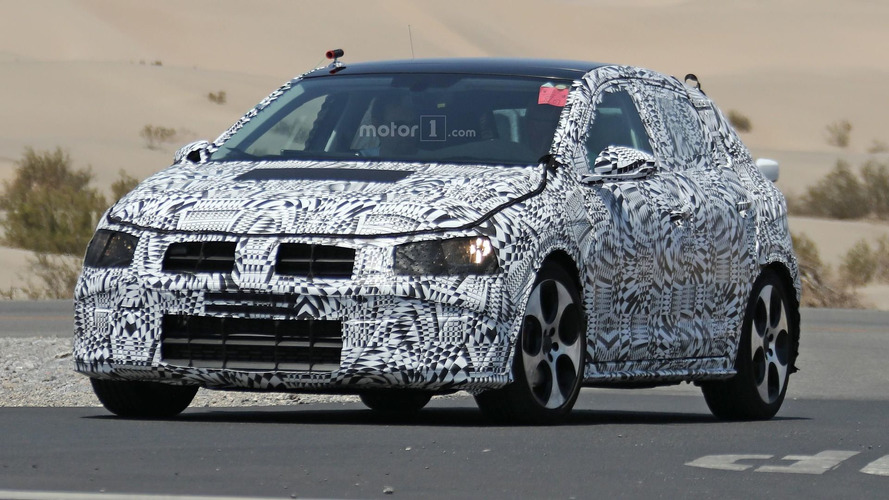 Putting the 'super' in 'supermini.'

The current Polo has been around for more than seven years, so it should not come as a surprise the people from Wolfsburg are gearing up for the sixth generation slated to come out next year. What we have here is an early sight of the overhauled supermini in prototype guise wearing an extensive amount of camouflage which cannot mask the significantly increased footprint.

It’s a bit surprising to see the car undergoing testing in United States, but perhaps it’s because Volkswagen might have plans to bring the supermini stateside for the next generation. At this moment it is a bit tricky to point out any styling details, especially since this could be an early prototype without all of the production bits and pieces.

We do notice the large Golf GTI-styled alloy wheels and dual exhaust tips, so there are reasons enough to believe we are dealing in fact with the hotter Polo GTI. However, one can never be too sure when talking about prototypes since in many cases these mix and match components from several versions of a model.

While the exterior design may or may not be a significant departure compared to the current Polo, underneath the skin will actually be an entirely different car. That’s because the sixth generation of VW’s ever so popular supermini will make the switch to the very flexible MQB platform. It will use the smallest version of the architecture (dubbed “A0”) which will enable the new Polo to shave off weight despite growing in size.

Speaking of which, just look at the length of the rear doors and wheelbase. These are signs the next Polo will be much longer compared to today’s car and it will pay dividends in terms of legroom, especially for rear passengers. Those looking for an increased ground clearance should know the all-new Polo will serve as foundation for a crossover which spy photos have shown is already well underway.

The new and improved Polo will use an assortment of turbocharged three- and four-cylinder engines and it could possibly receive a mild hybrid setup as well as a move to clean up the mess created by VAG’s nasty Dieselgate.

Look for an official debut in the second half of 2017 when the new Polo will come out to face the next-gen Ford Fiesta, itself a supermini that will grow in size as demonstrated by spy images. The aforementioned crossover won’t be available right away, so most likely it will arrive at some point in 2018.